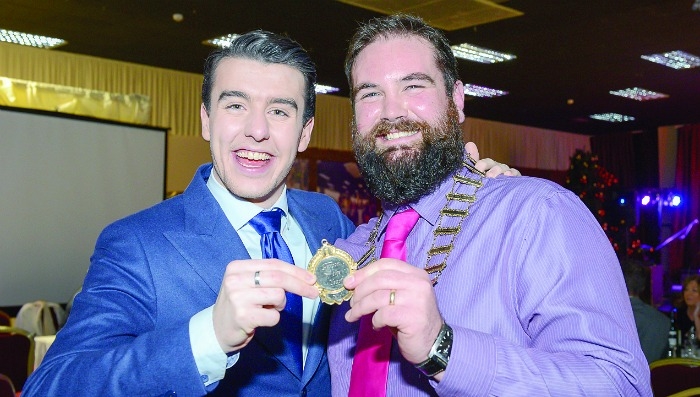 Just days left to nominate your Tallaght Person of the Year

THE community is this week being encouraged to nominate their unsung hero for the 2016 Tallaght Person of the Year awards, which closes for nominations on Saturday, October 29.

Now in its 33rd year, the awards recognise all that is great about living in Tallaght, and the people, groups and clubs who dedicate their time to building the area into a better place to live.

Organised by the Tallaght Community Council (TCC), the awards give people the opportunity to recognise, applaud and celebrate all of the positive work that happens across the area, and the people who work behind the scenes to bring about change.

The awards – which are apolitical – contain seven categories: Arts and Culture, Business, Community, Environment, Special Needs and Carers, Heart of Gold and Sports and Youth.

The Echo has also this week learned that the Sports and Youth award will be renamed the Philip Preston Sports Awards, in honour of the Jobstown giant who was named Tallaght Person of the Year 2015.

Philip, who passed away suddenly from a suspected heart attack in June, was an energetic supporter of Tallaght and its people, especially the younger generation, and was Tallaght Rugby Club’s youth development officer.

Gerry Stockil, chair of TCC, told The Echo: “Philip was an exceptional Tallaght Person of the Year and we believe that it is fitting that he be remembered forever.

“We are hoping that in the first year of the Philip Preston Sports Award that we get a record number of nominations in this category, which will pay tribute to a man who made his community believe that anything is possible.

“He really was a great ambassador for sport and for Tallaght.”

Gerry added: “The Tallaght Person of the Year awards is being held earlier than normal this year, so we’re really encouraging people to nominate their unsung hero now – as the nomination process closes on October 29.

“Tallaght is an amazing place for volunteering, and the range and diversity of volunteering is fantastic.

“People should know about all of the good work happening right across communities, so nominate your local hero today.”

This year’s Tallaght Person of the Year awards are being staged on Friday, November 11, in the Ballroom of the Red cow Moran’s Hotel – with the special guest being comedian, actor and writer, Paul Tylak.

To nominate online, visit www.tallaghtpersonawards.ie – where an online nomination form is available.