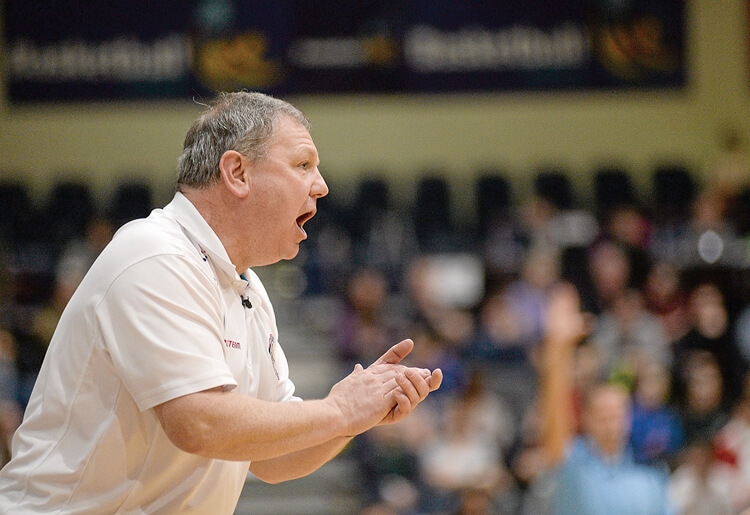 MARK Keenan is still looking forward to leading the Ireland Men's Basketball team into the FIBA European Championship for Small Countries despite the competition being pushed back from June until 2021.

Ireland was set to host the event and will retain hosting rights for the provisional 2021 Championships should they wish to do so.

“Looking at the way things were going, with the Olympic Games and other major sporting events being postponed, it became inevitable that it would be pushed back” Keenan told The Echo.

“It is disappointing, but I'd rather it was pushed back than wait and find out that it was going ahead in six or so weeks” he said.

It is hoped that all seven teams scheduled to travel to Ireland this summer for the competition will be able to commit to attending in 2021, but that could largely depend on their levels of recovery from the Coronavirus pandemic.

Keenan, who is also Head Coach of Griffith College Templeogue’s Men’s Super League side, was poised to start working with his extended squad of national team players at their first training session, scheduled for last Tuesday.

But he and his backroom team of Templeogue player Puff Summers, Belfast Star’s Adrian Fulton and  manager Mike Hickey will be hoping  to soon link up with the panel which includes Templeogue quar-tet, Lorcan Murphy, Jason Killeen, Neil Randolph and Stephen James.

Murphy was part of the Ireland team that finished third at these European Championships in San Marino back in 2018.

He and his Templeogue team mates enjoyed another great year under Keenan, landing their third National Senior Cup in five seasons.

Keenan himself is no stranger to the European stage having, together with Pat Price, assisted then Ireland Head Coach Jay Larranaga just over ten years ago.

He has enjoyed a hugely impressive career in the Super League, particularly with Templeogue, leading them to three National Cups as well as Super League and Champions Trophy honours.