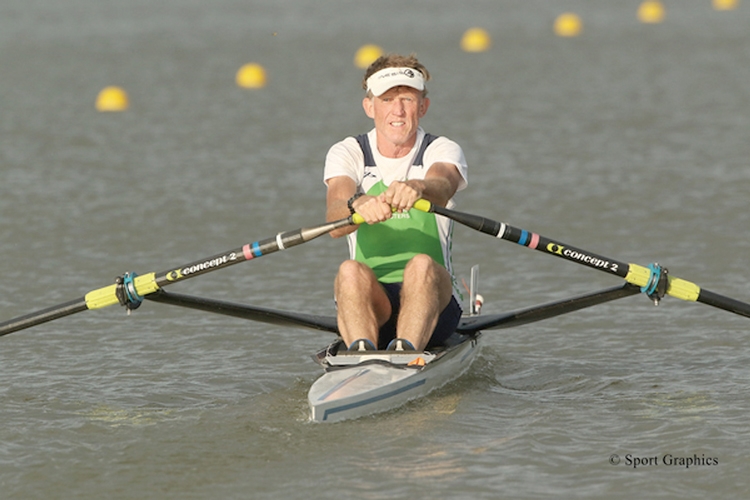 LUCAN rower Denis Crowley will not get the chance to record more success on the World Masters Championship stage after the 2020 event was, last week, cancelled as a result of the global Coronavirus threat.

The Commercial Senior Squad coach was hoping that this major international would survive the cull in a season that has already been decimated by the effects of the pandemic.

Indeed the international ‘Head of the River’ event in London is one the countless international sporting events that have fallen foul of the virus outbreak- a major disappointment for Crowley who was part of Irish Eight that won the D class (50 years and over) there last year and finished fifth overall.

Following that cancellation, a number of other major rowing events suffered the same fate, including the British Championship scheduled for June 13/14 and the Henley Masters in July.

Crowley feels the European Masters, also set to take place in July, could go the same way especially now that the World Masters Championships, scheduled to take place in Austria in September have been scrapped.

Crowley was indisputable star for Ireland at last year’s World Championships in Lake Velence outside Budapest.

Boasting a haul of eight gold medals by the close of proceedings there, he emerged victorious at various age groups in the Single Sculls, Men`s Eights, and Men`s Coxless Fours.

Preparing for any form or a competitive season is very difficult for Crowley and his compatriots as he explained “We’re not allowed to train at all, all the clubs are shut in Ireland, so I just go out running.”

A gold medallist in the Singles E division (55 and over) at the European Championships in 2018, the Dubliner is hoping he will get the opportunity to defend that title at the 2020 instalment which is due to be held in Munich on July 25.

He won the very same class in the 2017 British Championships, but will not get the chance to return to that stage this year while the prospect of a debut in the Henley Masters has also been scuppered.

On the domestic front, Crowley will be hoping to coach the Commercial Rowing Club Senior squad in the Irish Championships in Cork.

Describing the team as “a very powerful unit” he sees them as serious national title contenders although he appreciates that peaking at the right time is made all the more difficult in the current circumstances.