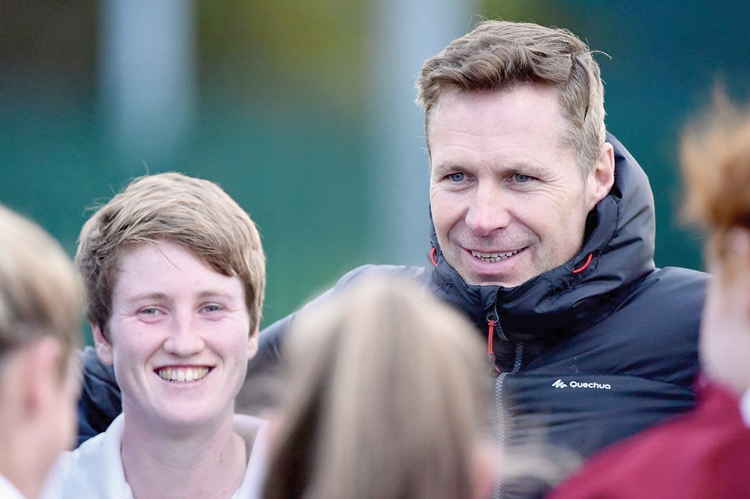 LORETO Head Coach Paul Fitzpatrick feels the decision by Hockey Ireland to declare the EYHL 1 and 2 null and void as an inevitable move.

In a statement last week, the governing body said their decision was based on the fact that ‘there are too many games left to play to determine a fair final ranking by mathematical or other method’.

It was a sorry end to what had been an impressive campaign by Loreto, who were top of the Women’s table by three points albeit having played a game more than their closest rivals Pegasus and Old Alex.

While disappointed with the outcome, Fitzpatrick told The Echo “I felt that it was inevitable. “There were too many permuta-tions in other leagues.

“We may have just had three games left, but one or two others had five and, on the men’s side, one or two teams had seven games left so I think it was the sensible decision in the end.

Having finished runners-up to League and Champions Trophy winners Pegasus last season, Loreto were due to return to European competition in a very competitive B division last week, but that tournament has been scrapped for now.

Still Fitzpatrick is remaining positive and believes his side will be back challenging in the top ranks, just as it has been for the past four seasons.

Indeed the Tallaght man has enjoyed a great run with this side, leading them to the Leinster League title after an unbeaten campaign in his first season with them.

In their debut year in the EY Hockey League, they reached the Champions Trophy- a title they won the following season.

2019 saw them hit the bar three times, as they finished runners-up in the League, Championship Trophy and Irish Senior Cup, while 2020 looked like possibly being the year they would land the league crown.

“It’s a very young squad with plenty of experience in the senior players that we have” said Fitzpatrick.

“It’s a constantly evolv-ing group who are very committed and work hard.

“They got a lot of confidence from playing in the Europeans in Amsterdam last year and we’ve just got to keep them together.

“That’s the key to building any quality side. Obviously you want to add new players and add value but you’ve got to keep that core of players together” he insisted.

On another note, Fitzpatrick and his High School Boys team enjoyed a memorable season, winning the All-Ireland Senior Schools Cup for the very first time after beating St Andrew’s in the final on run-ins.