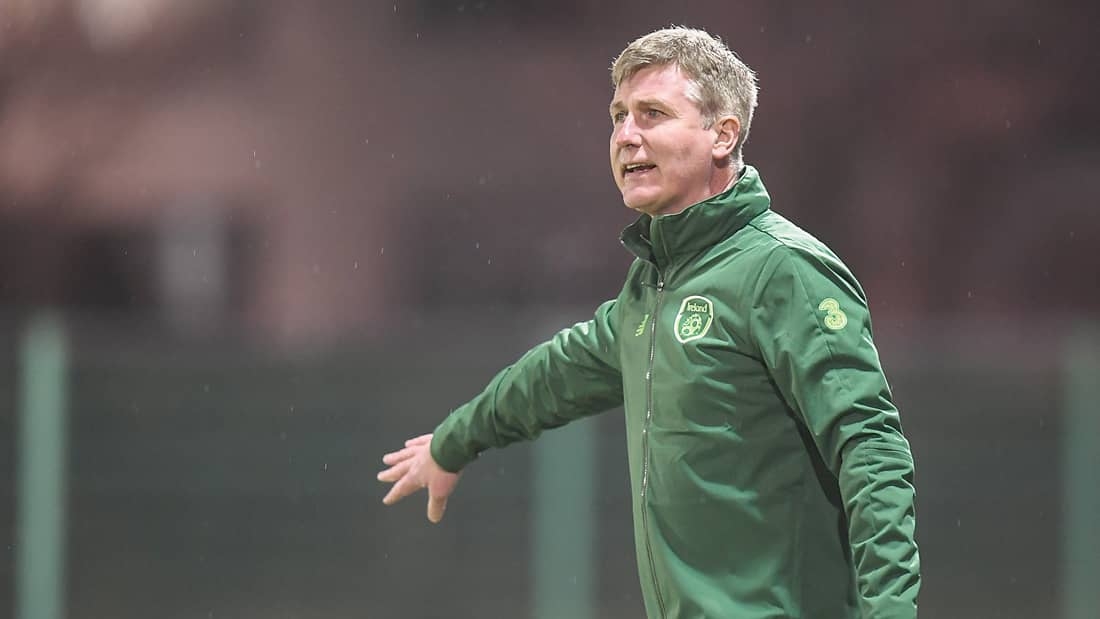 STEPHEN Kenny is still awaiting his first win as Republic of Ireland senior team manager after his side was edged out 1-0 by Finland in their UEFA Nations League clash in Helsinki tonight.

A Fredrick Jensen goal midway through the second half proved the undoing of the visitors who were unlucky not to salvage a share of the spoils particularly after carving out a couple of great openings late on.

In what was a pretty even first half, Aaron Connolly proved Ireland’s primary attacking outlet.

The Brighton forward unloaded a couple of attempts, one that forced Finland goalkeeper Lukas Hradecky into a stop almost on the half hour mark before another shot sailed too high.

Darren Randolph was also kept on his toes after Glen Kamara had a go from distance, the Ireland netminder saving comfortably

Robert Taylor threatened to breach the Ireland cover when he managed to get by Daryl Horgan and Matt Doherty, but the danger was snuffed out in convincing fashion by Shane Duffy.

The hosts again threatened just before the halftime recess when Teemu Pukki’s effort found only the side-netting after Finland had made another break.

Enda Stevens went so close to serving up the much sought-after goal for the visitors on 64 minutes when Jeff Hendrick poked the ball through and the former Shamrock Rovers defender’s shot glanced off the framework.

Three minutes later and Ireland were trailing when Teemu Puki broke down left and the ball he sent across the six yard box was mopped up at the far post by Jensen.

Ireland almost served up an equaliser on 87 minutes when Robbie Brady’s free kick was met by the head of Doherty, but the attempt was pushed over.

And the Finnish netminder again came to the rescue of his side when another Brady delivery was flicked on by Connolly towards substitute Ronan Curtis at the far post, but his header down was parried out for a corner.