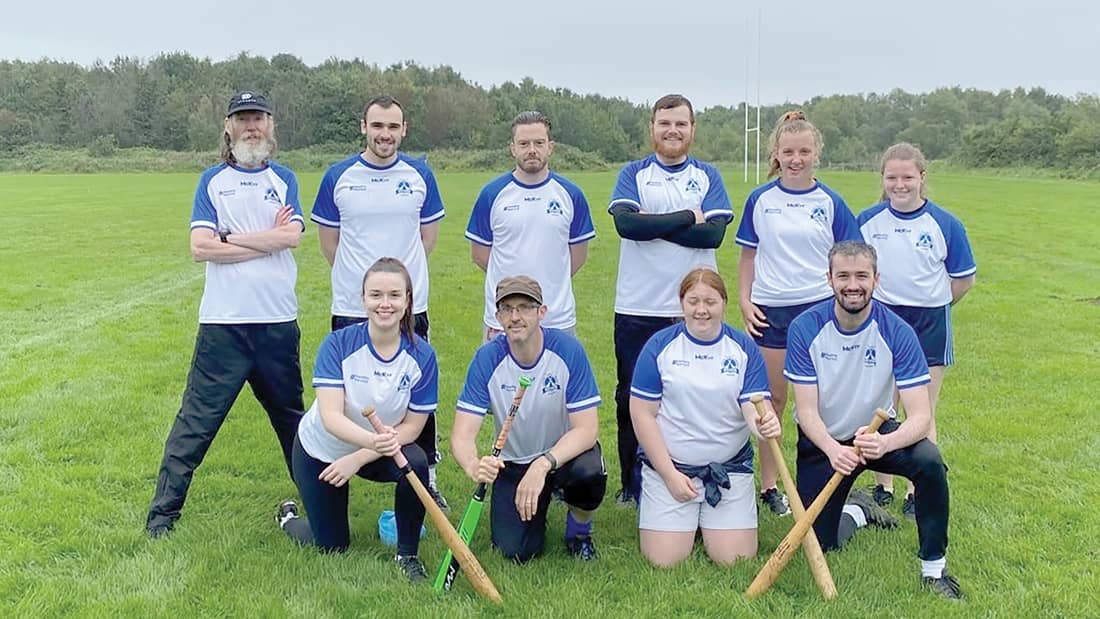 KEVIN’S Hurling and Camogie Club are hoping that many other GAA clubs in the county follow the path they have taken in setting up GAA rounders teams.

Both Kevins and Na Fianna are the only two traditional GAA clubs in the Capital that are currently competing in the sport alongside Limekiln and new Terenure/Templeogue outfit Na h-Uain Bheaga.

Speaking about this new initiative within the club, Kevins Healthy Club Officer Dáithí Ó hAoláin explained “This was really a social project aimed at getting parents and other members to engage more with the club.

“There are only four clubs in Dublin registered with GAA Rounders and we are working with the other three clubs to create a Dublin social league in 2021.

“We in Kevins now have a social team and a competitive team that gives something for players to aspire to.

“We plan in Kevins to set up an underage team, because not all kids want to play hurling or football and if parents in the Dublin 8, 6, or 12 areas are interested, they can get in contact.

“There are about 90 traditional GAA clubs in the county and only two of them are playing rounders so we’re now targeting all the GAA clubs in Dublin and we plan to hold an introductory session in conjunction with the GAA Rounders Association in our grounds in Loreto College Crumlin around October” he added.

While Kevins Rounders team was only set up as a social sport outlet last season, the players opted to try their hand at the 2020 season after it had been shortened as a result of the COVID-19 crises.

And the new arrivals to the All-Ireland Intermediate Mixed stage appear to be holding their own, having acquitted themselves impressively in their opening two fixtures.

Indeed they lost out by just a single run against Na Fianna in their All-Ireland debut before batting out an epic 20-20 draw with Seán Connolly’s of Longford when they were just one base away from winning the match.

Still hoping to finish among the top two of their group and progress to the semi finals, the team will be next out in action against Junior All-Ireland champions Michael Glavey’s on September 13 before then taking on Ballinagore.

Any GAA clubs interested in this Healthy Club initiative or individuals interested in setting up a rounders only team can contact Dáithí on 0873687349 or email the GAA Rounders secretary at secretary.rounders@gaa.ie

NEWER POSTEcho Sport Replay: Byrne on his glittering career and becoming one of the most lethal strikers in LOI history
OLDER POSTAshwood add MMI Cup to their haul this season