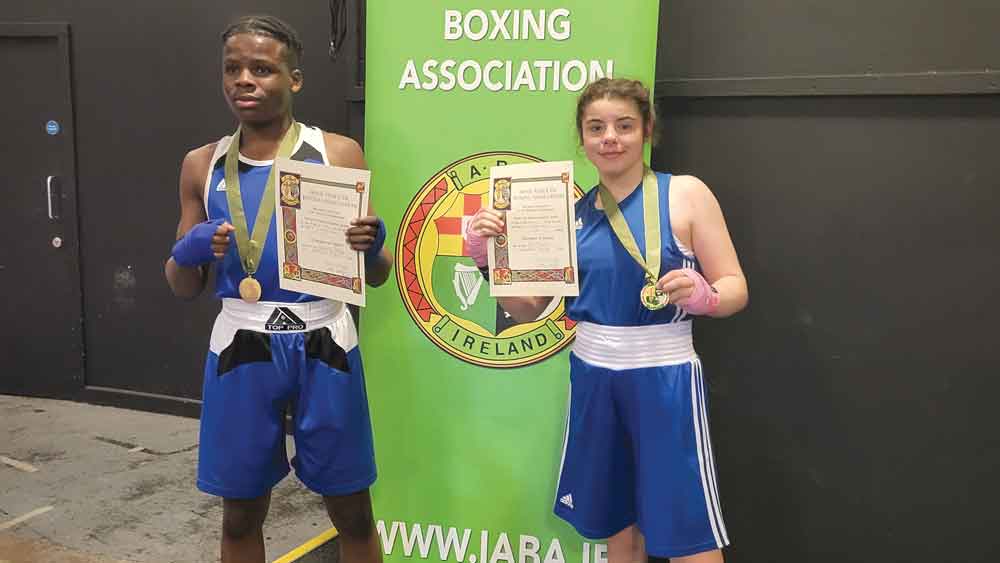 Both Faith Killeen and Brodric Abuduoire went all the way in their respective divisions at the National Stadium last week to also secure the chance to represent Ireland at the European Championships in Turkey in August.

In what was a very tight match-up, the Tallaght girl increased the intensity in the third round, landing some very heavy right hooks to earn a 4-1 split and become the first female from Jobstown BC to qualify for an Irish European team.

Abuduoire, meanwhile, had to negotiate a tricky test posed by Zac O’Hara of Paulstown in the last eight of the Boy Three 63kg class before receiving a bye through the semi finals and into the decider.

Seeing off O’Hara on a 4- 1 split, he then took on the current Irish champion, Finn Niblock from Banbridge for the title.

Having lost out to Niblock in the All-Irelands back in April, Abuduoire was leaving nothing to chance this time around and took the fight to his opponent, forcing two standing counts before the referee stepped in to stop the fight in the third.

These wins have taken the club’s tally of national titles to 12 since December and more could be on the way with a team of four girls and two boys weighing into the Cadets next week for their chance to represent Ireland.

Both Killeen and Abuduoire will, meanwhile, start training with the High Performance team on Sunday ahead of the upcoming Europeans.