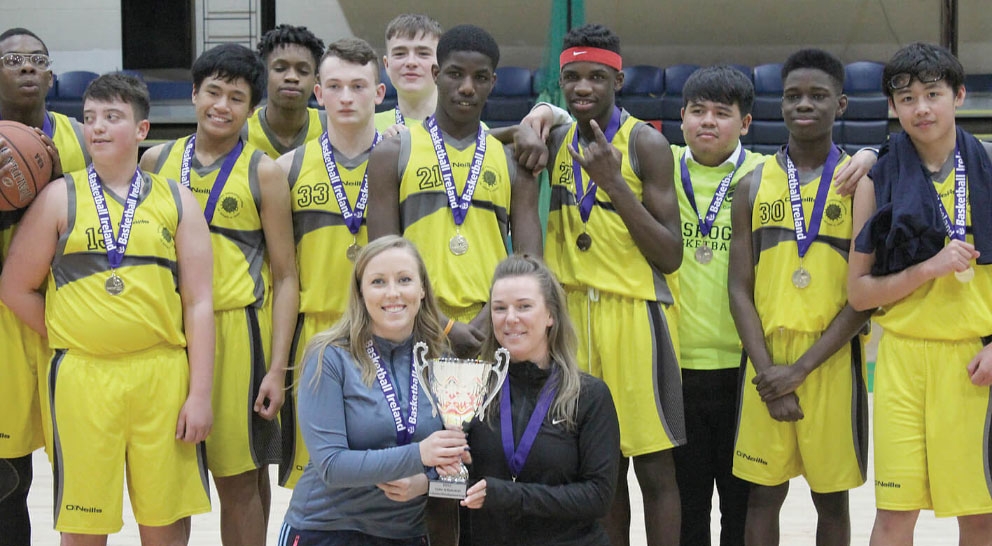 KISHOGE Community College Under 16s Boy’s Basketball team followed up on their success in the Dublin League Finals in December, by winning the National D League in the National Arena.

Up against Mountmellick CS in the decider, Kishoge produced a steady performance to win 45-25.

They drew first blood when captain Bradi Lugemba hit a basket and, while their Laois opponents mounted a strong defence, Kishoge still managed to carved out a four-point advantage by the close of the first quarter.

Excellent teamwork and discipline in both offence and defence from the likes ofTyrese Hans and Osborn Osayande, saw them extend their lead to 26-14 by the halftime break.

In the second half, the Kishoge supporters enjoyed some great displays from point guards Kent Torrecampo, Bradi Lugemba and the game’s top scorer, Aaron Venas, who helped control of the pace of the game as well as the scoreboard.

And, together with strong rebounding from Irlann Jo Silva, Tyrese Hans and Fabio Francisco, Kishoge entered the final quarter with a comfortable 40-19 cushion.

Their man to man defence underscored the dedication of each player as the team ran out 20-point winners.