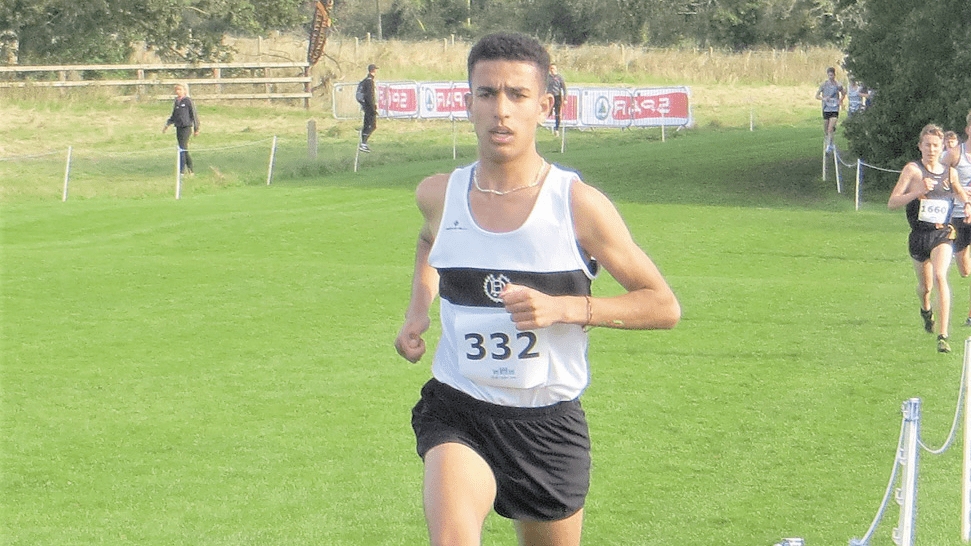 ONE OF the rising stars for Donore Harriers Athletic Club, Abdel Laadjel has secured a move to Providence College in Rhode Island where he will  take up a full four-year athletic scholarship starting next August.

It is a massive step for the 17-year-old athlete who has been strongly supported by his coaches in Donore and his school Kishoge Community College, which include Rosie Cully, Mary Geoghegan and Anne Marie Logue.

“I signed for Providence College last Wednesday and I’m really happy about it” he told The Echo.

“It doesn’t feel like I’m actually going. It’s just mad to think I’ll be moving over there for four years” said the former Lucan United and Esker Celtic footballer who will be targeting qualification for the next year’s European Junior Athletic Championships in Estonia.

From finishing fourth in the West Leinster Schools Cross Country Championships back in January 2017, the Kishoge  student has quickly risen to All-Ireland success.

An 11th place finish in the 2018 National Under 16 Cross Country saw him selected for the Irish Development team in the Celtic Games before he recorded his first big win in the All-Ireland Schools Under 16 Mile in June of last year.

The Lucan lad targeted the National Under 17 CC Championships at Dunboyne last December, but faded after a strong start and finished in 12th.

But on the first day of 2020 Laadjel won the Junior category in the Tom Brennan Memorial Race at the Phoenix Park, his time of 15.19 seeing him placed eighth overall with several more established senior athletes in his wake.

“This was the first race where Abdel displayed his true ability as an athlete” said his  Donore coach Gerry Naughton.

And just prior to the first Covid-19 lockdown in March Laadjel stormed to the All-Ireland Schools Intermediate Grade CC title at Santry Demesne.

Probably his finest result to date was finishing runner-up in the National Junior 3000m at Morton Stadium in September.

Still eligible to compete in this grade over the next two years, Laadjel only lost out to 19-year-old Tadgh Donnelly of Drogheda & District AC on the final lap.

Another of his Donore coaches Ciaran O’Flaherty certainly believes the young Donore athlete has the potential to make the move to Providence College a success.

“Abdel possesses all the attributes to get him to a high level in the sport” he said. “A combination of natural talent with determination and a ferocious appetite for hard work will get him there”

And Coach Naughton echoed these sentiments saying “His commitment to his sport makes him a credit to himself, his family and his school. We are very proud of him at Donore Harriers.

“He is still a raw talent, but a very exciting prospect in the sport of athletics. Hopefully the Providence experience will help him to develop further with his running.”