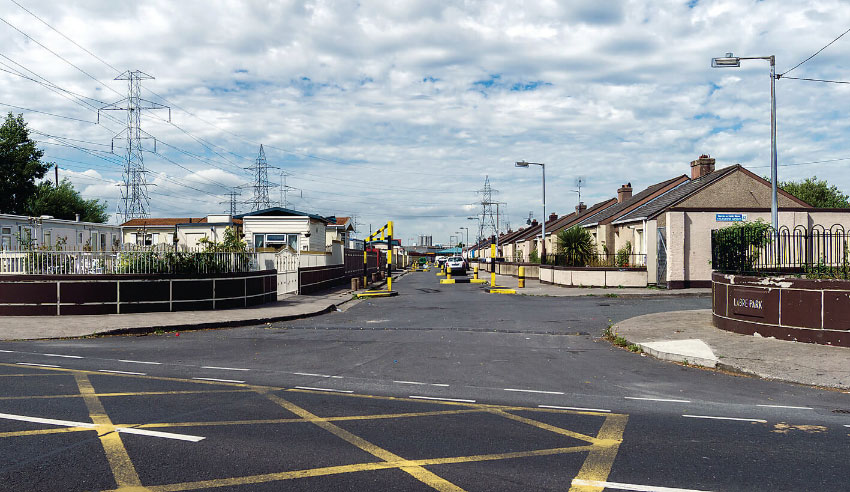 A NUMBER of families have been moved from Labre Park as part of a rehoming project at the Ballyfermot site.

According to Dublin City Council, six families have been moved from Labre Park and another 16 families are waiting to be rehomed as part of the redevelopment.

Cllr Hazel de Nortúin (PBP) asked the council for an update on the redevelopment works at the recent area committee meeting, including how many families have been moved and how many are left.

In response, Dublin City Council said the redevelopment is currently at the pre-planning stage and it is expected that a planning application will be lodged by the end of March.

This date can alter depending on feedback on consultation of the plans by internal city council departments and/or the Department of Housing, according to the response.

“Most of the agreement is reached in these sessions and the full committee is for formal agreement of decisions. This will evolve further once the CAS 2 submission receives Departmental approval.”

The city council say a comprehensive programme of works has been put together that will address the issue with sanitation units to be refurbished or replaced and “new safer” connections to services. Implementation of the works programme began in early February and should be completed within 16 weeks.