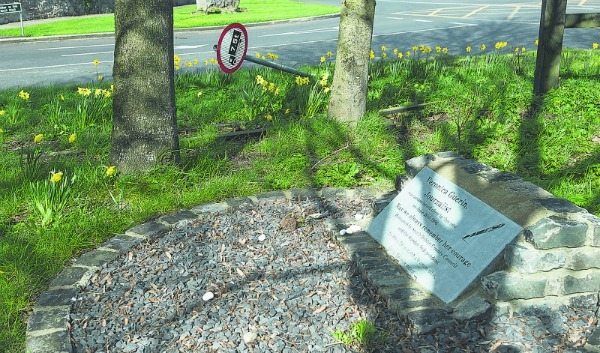 A ROAD sign which was knocked down in front of the Veronica Guerin memorial in Clondalkin 12 weeks ago and has yet to be fixed, displays “a lack of respect”, according to Independent councillor Francis Timmons.

Cllr Timmons says he was moved to put in a question with South Dublin County Council at the recent Clondalkin area meeting over the delay in fixing up the memorial.

“I didn’t want to go down this route, but it was borne out of frustration,” said Cllr Timmons.

“A car crashed into a pole and fence in front of the memorial 12/13 weeks ago and it still hasn’t been fixed. I understand the family don’t want anything done with it, but I don’t think they would be happy if they saw it.”

Sunday Independent crime reporter Veronica Guerin was murdered by hitman Patrick ‘Dutchy’ Holland as she was driving on the Naas Dual carriageway, near Newlands cross on June 26, 1996.

The aftermath of her death led to the formation of the Criminal Assets Bureau (CAB).

In response to Cllr Timmons question, SDCC said: “The monument was constructed in accordance with the Guerin family wishes. The family want nothing further done with it.

“There are no proposals to undertake any works in the vicinity of the monument other than normal routine maintenance.”