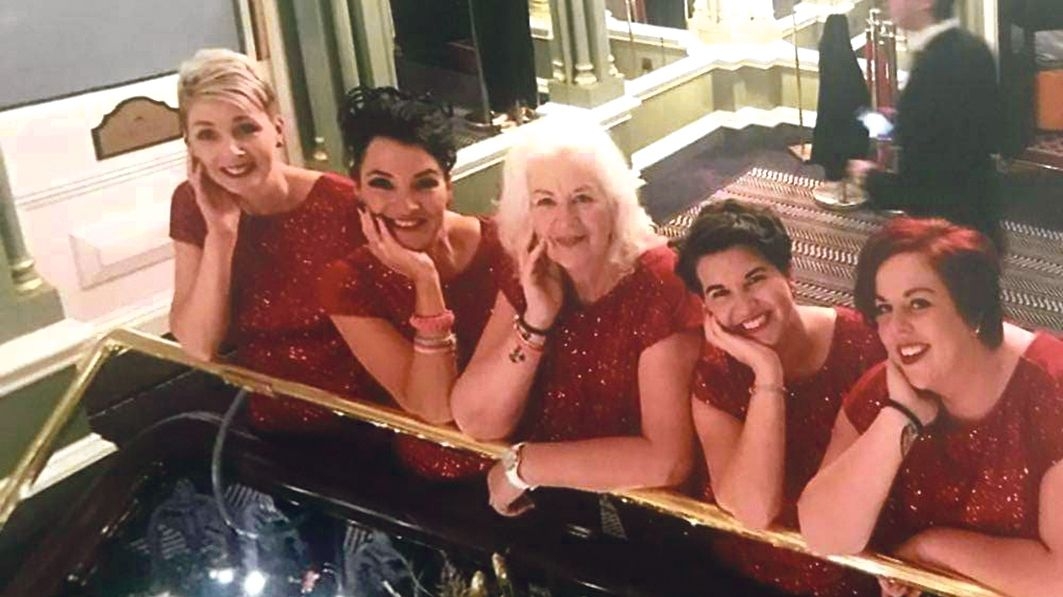 LADIES across the community are invited to take part in a virtual dip to raise money for Aoibheann’s Pink Tie, and to set a new Guinness World Record.

The annual Strip and Dip is going virtual this year, with women being invited to take a virtual dip in the bath, shower, paddling pool, beach – whatever suits and is accessible as people stay home or within 5km.

According to organisers, this year is not a strip, it’s a dip – with participants wearing togs or a bikini.

Alongside raising much needed funds for childhood cancer charity Aoibheann’s Pink Tie, the event on June 6 is also a Guinness World Record attempt; The World’s Largest Virtual Dip - Most photos of people in water uploaded to Facebook in one hour.

Participants are asked to upload their picture to the Facebook Event Page between 2pm and 3pm on Saturday, June 6.

Tallaght resident Audrey Brown has been a member of the Sea of Change choir, which grew out of the Strip and Dip event, for the past year.

After attending the event and meeting members of the choir, Audrey decided to join the group, and has been singing away ever since.

“The choir is amazing, it’s a group of women I’ve never met before but I feel like they’ve been part of my life for so long”, Audrey said.

“Everyone is welcome to take part in the virtual dip, we’re encouraging as many people as possible to take part.

“There are so many people struggling at the moment, not just in relation to cancer but for lots of different reasons, including mental health and this is an opportunity to get connected and raise some money.

“It’s also about empowering women to stand strong together.”

People who register for the Virtual Dip are also invited to be part of the Sea of Change virtual choir and help record an original song called The Path That Chooses You.

Penned by Meath singer-songwriter Ollie Cole for Sea of Change, the song was written from the words of cancer survivors, and the hope is to get thousands of women singing the song virtually together.

The song will be launched by Sea of Change to co-incide with the Virtual Dip on June 6 – with three virtual rehearsals taking place.

To date Strip and Dip, which is in its seventh year, has raised €780,000 for childhood cancer.

The registration fee for the Virtual Dip on June 6 is €27.95, with women right across the community invited to take part.

For further details visit Virtual Dip website HERE, where details on both the Virtual Dip and the Sea of Change virtual choir are available.

NEWER POSTFamilibase creating new way of working it’s service
OLDER POSTHow long will it last? It is like being in a prison