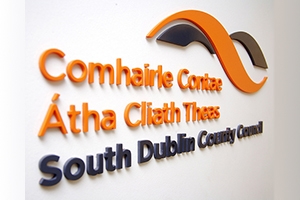 SOUTH DUBLIN County Council is to meet with residents of Boot Road and Rockfield Drive to discuss their concerns about landscaping work along Rockfield Drive, reports Brendan Grehan.

This follows a motion tabled by Councillor Francis Timmons at this month’s Clondalkin Area Committee meeting of SDCC.

Cllr Timmons proposed that the committee “support the Boot and Commons Residents Association in response to the proposed landscaping to the rear of the sound barrier along Rockfield Drive”.

The motion continued: “The proposal for the area is not satisfactory to the residents of Boot Road and Rockfield Drive. We call for SDCC to meet the residents so these issues can be resolved.”

The council replied: “A meeting is being arranged with Boot Road and Rockfield Residents to discuss their concerns and suggestions. An update on this meeting will be presented to a future meeting of the Clondalkin ACM.”

Cllr Timmons told The Echo: “The residents were just not happy with the way the landscaping was left. The council need to look at it. A lot of the trees are just twigs. They are not going to last.

“The residents were just very disappointed. It’s good that the council are going to meet with the residents. That is where we are at the moment.”