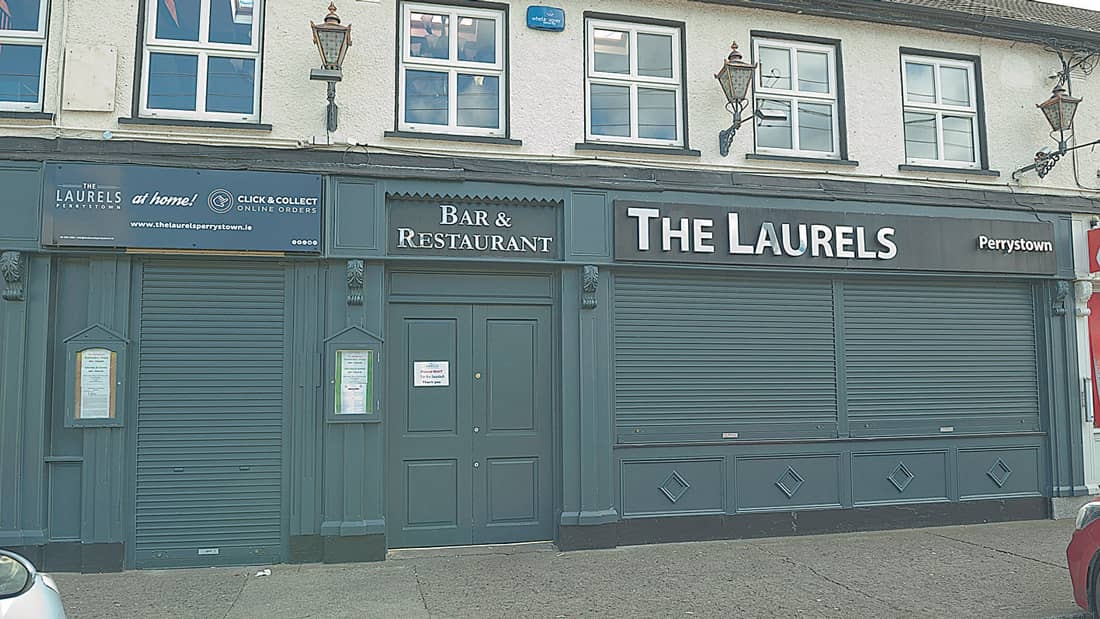 PLANS for the development of a townhouse hotel on the first floor of the Laurels pub premises on Whitehall Road West in Perrystown have hit a snag, as their site notice has been deemed invalid.

As previously reported in The Echo, the current use of the building at ground floor level as a public house and a separate betting shop will remain unchanged.

The Laurels, on Whitehall Road, site notice has been deemed invalid

Ancillary accommodation such as a reception area, tea station, linen storage, general storage, laundry and lift with a new entrance staircase to the front and staff entrance and fire escape stairs to rear is provided for in the application.

Minor amendments are also proposed to the existing public house at ground floor level, including the removal of existing stairs and new windows, to match the existing windows in lieu of two doors to the front elevation.

Last month, South Dublin County Council deemed the application invalid as a result of the site notice, which was erected at the pub on August 18.