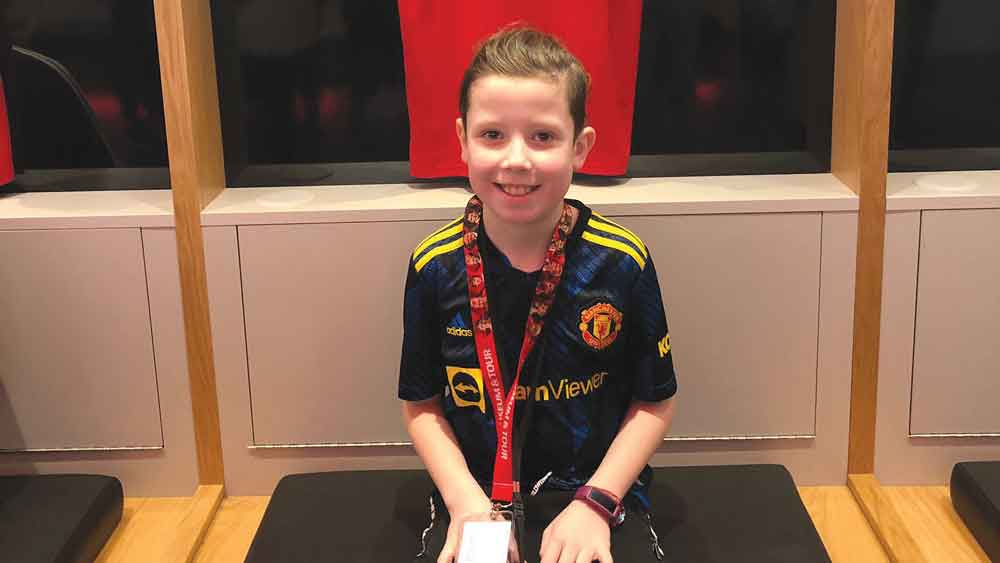 Football fan Matthew Kennedy is a member of Tallaght Town

‘Life changing’ drug would give Matthew better quality of life

THE father of a 10-year-old boy with Cystic Fibrosis has called on Government to make a “life changing” drug available as soon as possible.

Football mad Matthew Kennedy lives in Millbrook Lawns and is a fourth-class pupil in St Mark’s SNS in Springfield.

A player with Tallaght Town, Matthew has Cystic Fibrosis (CF) and is one of 35 children between the age of six and 11 waiting to start a drug called Kaftrio.

It is estimated that around 140 children in this age group are already on the new drug, which has been branded “life changing”.

However, Matthew is among a small group of 35 children aged six to 11 who, despite being eligible for Kaftrio, are still waiting for the drug due to their particular genotype.

This specific genotype was not included in the original pricing agreement signed by the HSE and pharmaceutical company Vertex, which has led to a reported pricing dispute. 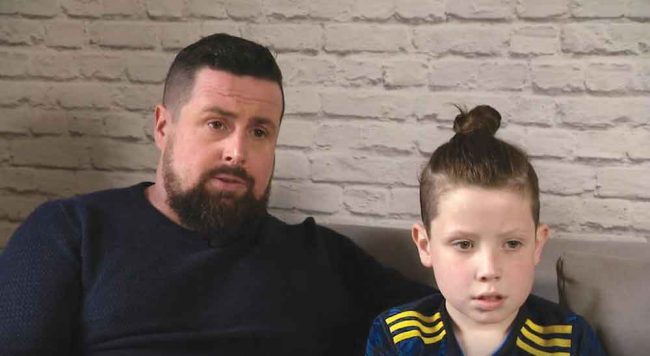 When Matthew turns 12, he will have access to Kaftrio.

However, his family are calling on the Government to intervene, so the 10-year-old is not left struggling for another two years.

Speaking with The Echo, Matthew’s dad Luke said: “Kaftrio treats the CF gene rather than the outcome of CF [on a person’s body].

“It’s a completely life changing drug, and without it Matthew will have another two years of struggling, struggling with his breathing each day.

“Only last week Matthew was out of school with a cough.

“When he gets a cough, he’s in bed for several days and on two-weeks of anti-biotics.

“He also needs tests to see if there’s any more bugs in his lungs. “He can’t go to school, play football, he’s just fatigued.”

He added: “CF impacts not only the lungs, but it also has an overall impact on the body.

“[Kaftrio] will maintain Matthew’s health, but it can’t reverse any damage or scarring on the lungs that happens over the next two years.”

Families across the country have shared their stories in recent weeks and made an emotional plea to Government and the HSE to make this drug accessible.

As Luke stressed, the sooner children receive Kaftrio the sooner they will have a better quality of life now and into the future.

He added: “It’s madness to think this is happening.

“There’s no need to exclude these kids while price negotiations are going on.

“We want the Government to step in…”

According to Cystic Fibrosis Ireland, its understanding is that Vertex is seeking an ‘enhanced price’ to include the 35 children, with the HSE referring the matter to the National Centre for Pharmaco-Economics (NCPE).

Commenting on the issue in May, Philip Watt, CEO of CF Ireland, said: “Once again children with CF in Ireland are the pawns caught up in a pricing dispute between pharma and the HSE.

“We implore the HSE and Vertex to resolve this issue quickly and to extend the Portfolio Agreement to all children with CF to ensure that the children concerned get immediate access and that this problem does not happen again.”

When contacted by The Echo, a spokesperson for the HSE said that the health service “is committed to providing access to as many medicines as possible, in as timely a fashion as possible, from the resources available”.

The spokesperson said: “HSE decisions on which medicines are reimbursed by the taxpayer are made on objective, scientific and economic grounds.

“The application for pricing and reimbursement of this subset of the licensed population for Kaftrio remains under consideration with the HSE.”

The HSE said that it cannot comment on possible outcomes from the ongoing process.

A petition has been established to garner support for the 35 children, which currently has close to 12,000 signatures.