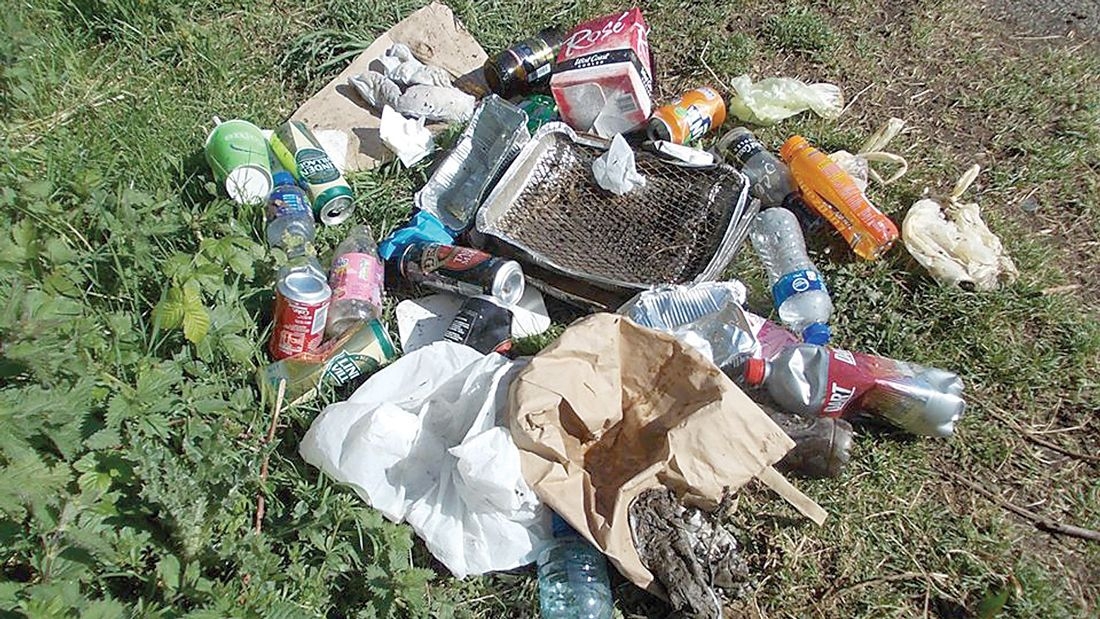 THESE images were captured by local volunteer in Dodder Valley Park last weekend, prompting him to ask the question, “what lockdown?”

Firhouse resident and Dodder Action volunteer Wladek Gaj headed out to his local park last weekend and captured images of litter in four locations within a 500-metre radius of the river.

Some of the litter in the park

The area, which runs between the red bridge in Firhouse and the Old Bawn bridge, was cleaned by Wladek eight days before he revisited Sunday, May 3.

“Parks have to be safe places for families”, he told The Echo.

“Some of these little spots are no-go areas.

“[Those responsible] go to the most beautiful spots as they are the most isolated.”

After his solo weekend clean, Wladek returned to the park on Wednesday morning (May 6).

“It was horrific again on [Wednesday] morning”, Wladek said.

“This is the third clean-up [of these areas] in three weeks.”

The level of dumping found by Wladek has prompted him to ask, “What lockdown”?

He has also questioned the impact of the council’s by-laws due to continued littering at certain locations.

When contacted by The Echo, South Dublin County Council said that since March 1, they have received 11 complaints in relation to Illegal dumping at Dodder Valley Park.

Teresa Walsh, Director of Environment, Water and Climate change, said: “Each complaint was investigated and the dumped material removed.

“The council will investigate and remove this latest incidence of illegal dumping at Dodder Valley Park.

“While there are litter bins provided at the entrances to Dodder Valley Park and at the carparks that service the park, we will increase provision of litter bins in the park as soon as possible.”

Generally, the council has witnessed a “sizeable increase” in illegal dumping across the county.

“The volume of dumped material collected during the months of March and April has increased by 33 per cent compared to the same period in 2019”,  Ms Walsh said.

“The council measured a three-fold increase in park visitors over this period in some of our parks.

The council said that Litter Wardens and Public Realm Crews have increased patrols and removed dumped items at the earliest opportunities, with Waste Enforcement Officers carrying out ongoing surveillance of litter black spots.