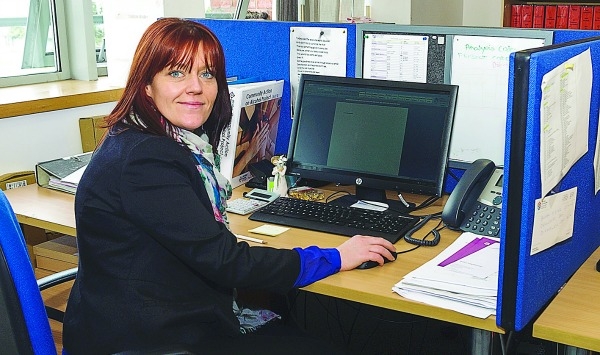 Local conference will look at the harm and impact of alcohol

A FREE conference on alcohol and its related harms is being held in the Louis Fitzgerald Hotel on November 16, with those working or volunteering in communities across Tallaght, Whitechurch and Ballyfermot invited to attend.

Organised by the drugs and alcohol task forces in Tallaght and Ballyfermot, the day-long conference aims to provide information on alcohol and its related harms, alongside empowering people to take action in reducing the impact alcohol is having on communities.

Anthea Carry, a development worker with the Tallaght Drug and Alcohol Task Force, told The Echo that three people die in Ireland every day from alcohol, with liver disease rates increasing rapidly in Ireland, especially among 15 to 34-year-olds.

Ms Carry told The Echo: “From my perspective and through the work of the task force, it is becoming evident that more and more people are starting to drink from a young age.

“A common theme across communities is young people drinking at home from as young as 15 or 16, with permission from their parents.

“A lot of our work is trying to get young people to think about their health and to realise that alcohol can have a significant impact on an adolescent brain.

“Alongside impacting on your health, alcohol can have long-term effects on a young person’s education, job and career.”

“We’re looking at making changes across the general population, and getting people to think about alcohol more so as a drug.

“Alcohol permeates everything now and what were traditionally alcohol-free events, like playing bowling or going to the cinema, are now alcohol events.

“Alcohol is everywhere and limits need to be put on its availability.”

The conference, which is called ‘Alcohol, What’s the Harm?’ is targeting people working or volunteering in communities, such as sports coaches, teachers, youth leaders, support groups, service providers and health professionals.

Any individuals or parents that would also like to attend are encourage to get in touch about the conference, which runs from 9.30am to 3.30pm and breaks for a coffee break and lunch.

Over the course of the day, a number of speakers will discuss topics including alcohol and women, community action on Alcohol Plan, problem alcohol use and the impact living with parental substance misuse has on children.

Ms Carry said: “The issue of alcohol is getting worse and tackling it will take a whole community effort.”

The free conference will be held in the Louis Fitzgerald Hotel on the Naas Road on Wednesday, November 16.

To book your place on the free conference call Anthea Carry on 4649303 or email anthea.carry@sdcpartnership.ie