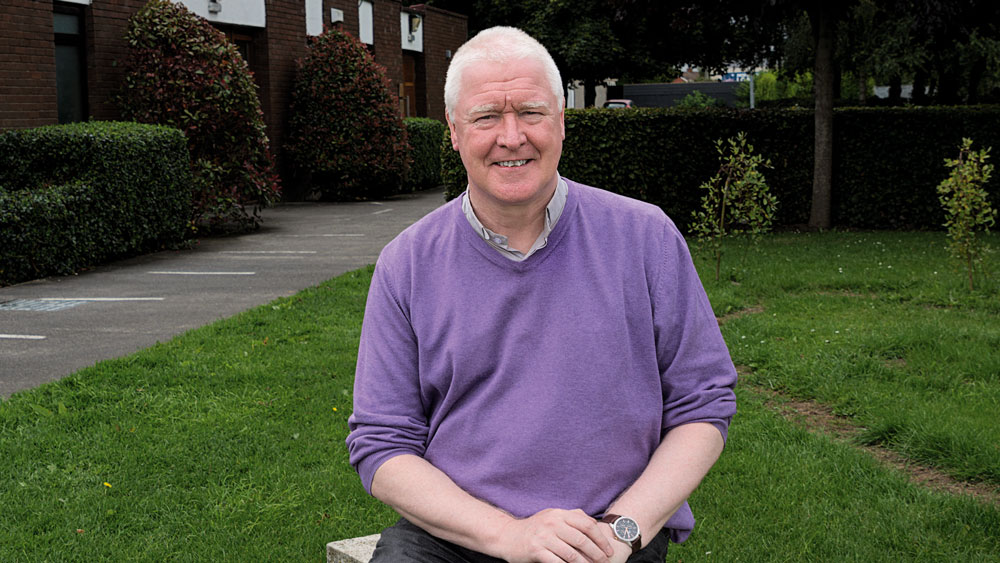 THE ROUTE to priesthood is not as straight and narrow as it may seem, with Fr Pat McKinley living a life of “wine, women and song” before fully throwing himself into faith.

Originally from Marino, Fr Pat grew up in the late 1960s and early ’70s in a traditional Catholic family – most at the time.

Faith was everything back then, everybody went to church on a Sunday morning and saying grace before a meal was the done thing.

“Everybody went to church, it was fairly routine,” Fr Pat tells The Echo over the phone as he sits in the St Mark’s Parochial house, in Springfield.

“I had a very questioning mind, I questioned everything and when I was about 17/18, I just started thinking ‘what’s this whole religion thing about?’.

“So I decided, right I’m going to tell my parents that I’m jacking this in, I don’t understand it. 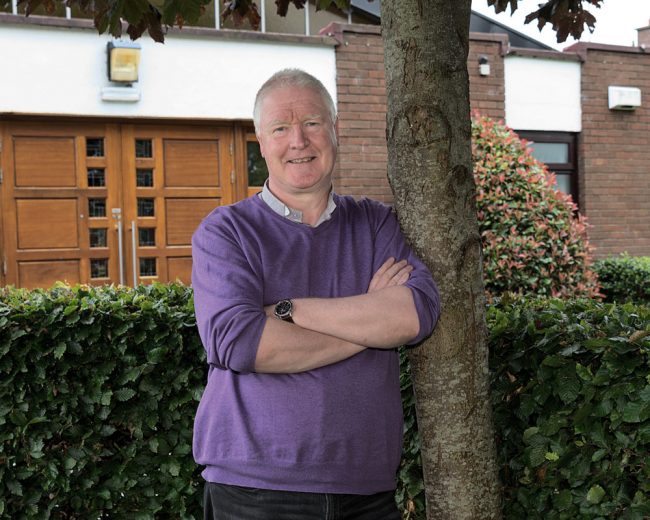 “Sitting in Mass one Sunday morning, I’m planning all this out in my head, how am I going to tell them?

“I don’t understand it, the priest is boring, I could do a better job, I don’t think it’s for me.

“Then a little voice in my head just says ‘have you ever tried to understand it?’.

“So I came back for one more week and I decided that I’m going to try understand it and when I really listened, it just blew me away – so I went back again.”

This is a battle that went on for years.

The young Marino lad would question his belief and faith, then just as he was on the brink of abandoning it altogether, he would get pulled back in. Rinse and repeat. 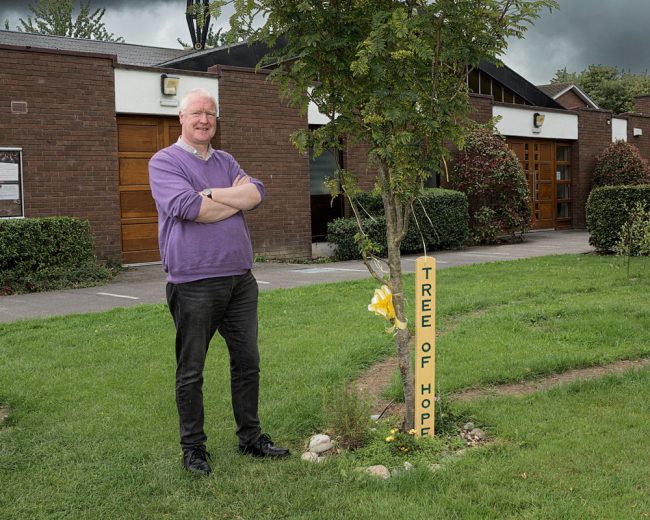 For a period of time Pat became an apprentice bricklayer in Dublin Corporation and it was during this time that he thought maybe, just maybe he could help people.

“When I was in the Corpo, I was working in housing maintenance for a time,” he says.

“I was in homes all around the city centre, in the flats, everywhere and the craic was great.

“Although, for the first time I realised that not everyone had the same experience that I had growing up.

“For what felt like the first time, I saw the real effects of crime, drugs, alcohol, prostitution and so on.

“I just thought this couldn’t all be decided, there must be something in the system to create ghettos as such all in the same place. 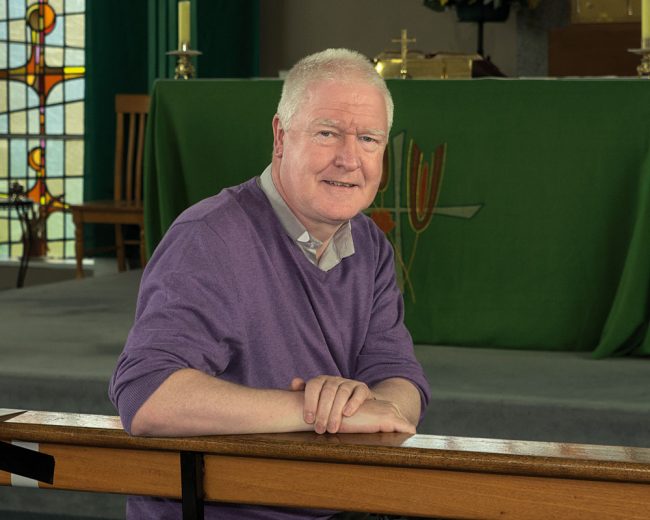 Fr Pat says that his doorbell and phone is always going and not necessarily with churchgoers, but with ordinary lay people just wishing to talk

“It got me thinking though that I could help, so I thought maybe I could become a social worker.

“The whole God thing was taking off for me at the time, I was really into the praying and I thought, ‘what about a social worker for god?’. Would that be priesthood then?

“I did nothing about it for two years but as Gerry Adams says about the IRA, ‘it hasn’t gone away’.”

Tired of fighting it, Pat decided to approach the Dublin Diocese and on the day of his 20th birthday, he started in the seminary – college for priests.

During the last year of the four-year stint in seminary, students get the opportunity to put their academic learnings into practice.

For Pat, he applied to work as a full-time volunteer in the Simon Community – and he did.

Over the course of his year there, Pat realised that the priesthood was no longer fitting his

And after a further two-year stint working with children in residential care, he returned to the Simon Community and he stayed there for six years working as a Project Leader.

“I kind of threw the baby out with the bath water, I call this my phase of wine, women and song,” the now 55-year-old says with a little chuckle.

“The life of self-indulgence that I was leading, left me feeling so empty and again I started to wonder.

“Some of these people had little or no love in their lives, wouldn’t it be special if they knew that no matter what, they were loved, God loves them.

“So I started praying again and I had much less resistance to it. I suppose in my late 30s I had accepted how much of a screw-up I was. And that was okay because I knew no matter what, I was loved despite all of my shortcomings.”

In the meantime, Pat was due to get married.

Again, he got pulled back into religion and this time, he was here to stay.

He went to the National Seminary for Ireland at St Patrick’s College in Maynooth and he completed another four years.

“I did a seven-year stretch, it takes a long time to say Mass,” he says with a laugh.

“It was very much about, if there’s nothing behind it all, then everything that happens is a total fluke. There is too much order in the world for that to be the case.

“It’s such an unusual life choice, that’s why it takes such a long time to become a priest.”

Pat McKinley officially became Father Pat McKinley following his ordination in 2003 – his first appointment was to Holy Spirit in Ballymun.

Following that he was in his own backyard in Donnycarney before being asked to come out to St Mark’s Parish 10 years ago.

Expanding on the unusual life choice, Fr Pat says: “You would be amazed the amount of people who don’t see us as regular people.

“It’s amazing, you could be down the shops picking up milk and bread and you’d get people saying ‘Fr Pat, what are you doing here?’, as they take an extra lean towards the basket to see what you, a priest, buys in the shop.

“We have loves and things we don’t like just like anybody else, we just try to channel that in a specific way.”

Today, Fr Pat not only heads up St Mark’s Church, but the Church of Incarnation in Fettercairn, St Thomas’ in Jobstown and St Aidan’s in Brookfield – as the number of priests and people with faith dwindles.

Fr Pat and Fr Bill O’Shaughnessy – the youngest priest in the Dublin diocese – are two full-time priests for the parishes, while Fr Martin Hughes and Fr Gerry Fleming give a dig-out where needs be.

Between them and Parish pastoral worker, Faule Cameron, and Permanent Deacon, Derek Leonard, they split their time between the

“The average age of a priest is over 70, there is a very real crisis in the number of new priests.

“There is one guy who is due to be ordained and then that’s it.

“It takes the seven years and currently there is nobody else, so we know there is going to be no ordinations for at least another seven years in Dublin.

“There is going to be radical change and there’s a need for it. See, if I’m moved on from where I am, there’s nobody there to replace me.”

And the faith side of things is not looking good either with the number of Roman Catholics in Ireland dropping from 84.2 per cent to 78.3 per cent between the 2011 and 2016 census.

“We’re far less formally connected to the community than we would have been in the past and you have people saying that there is no need for the church anymore.

“My doorbell and phone is always going and not necessarily with church goers, but with ordinary lay-people just looking to talk.

“I’m not a counsellor but I’m similar in the sense that people come to talk to me about whatever is going on.

“We try our best to be around for people in their significant moments and that’s all we can really continue to do.

“We can only hope that people think of the bigger picture of the church itself when we’re there as witnesses at the best times and worst times in their lives.”