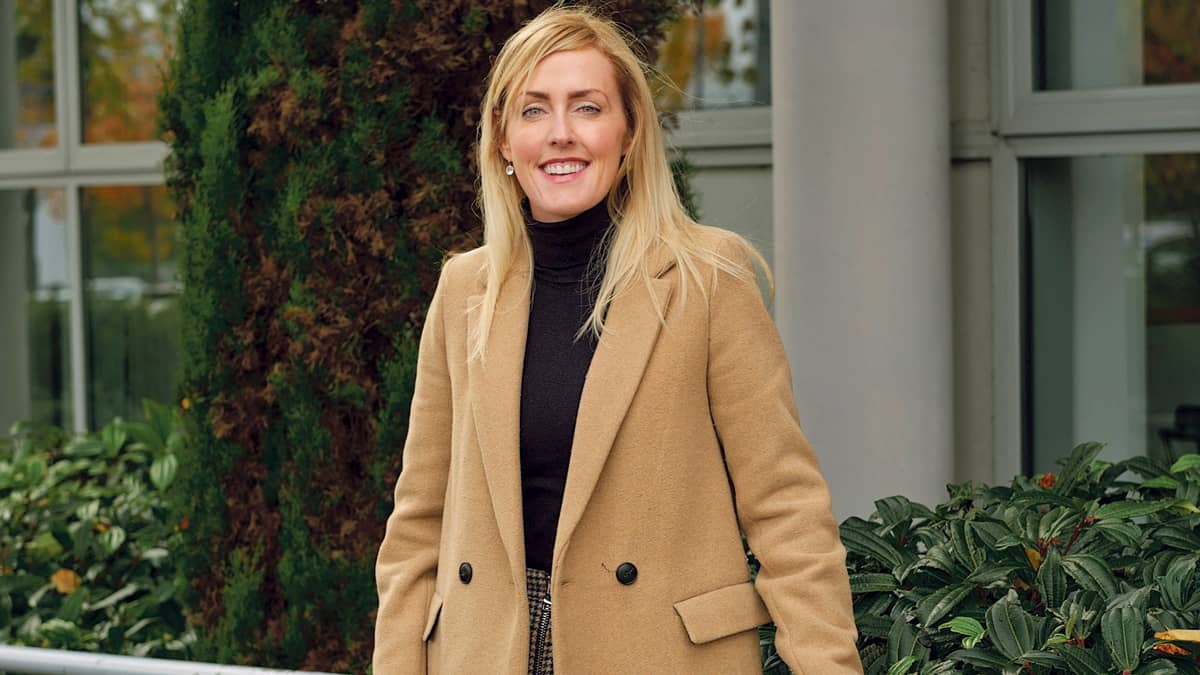 HAVING first-hand experience of the impact that addiction can have on families and communities informs Grace Hill’s work as the coordinator of the Tallaght Drug and Alcohol Task Force (TDATF).

But when the Ballyfermot woman was a teenager attending Mercy Secondary School in Goldenbridge, she was still unsure of what path she would take in life.

After completing her Leaving Certificate, Grace decided not to pursue further education and instead spent three enjoyable years singing in pubs around the country in a pop covers band called Check It Out.

It was during the tail end of her time in Check It Out when Grace started doing a course in office technology and applications, and also secured an ECDL qualification, and shortly afterwards, in 2000, she successfully applied for an admin role in the Ballyfermot Partnership.

“I remember going for the interview and I was wearing a red suit,” Grace told The Echo. “I was extremely nervous.

“But when I told them I was in a band they got really excited and said, ‘The Welsh will love that’, because it was a role for an exchange between Dublin and Wales.

“It was a part-time, contract role, and it suited me down to the ground.

After her contract with the Ballyfermot Partnership ended, Grace spent a brief spell working in the civil service, and this solidified her desire to get back to working in community development.

“I went back to Ballyfermot, where I worked in Cheshire Community Services for two years and then I saw an ad for a job in TDATF,” added Grace.

“Addiction was in my family, and my parents were very involved in setting up Ballyfermot STAR [a service that provides a community response to people with addiction issues], so I thought, ‘That’s something I’m a bit knowledgeable about’.”

Grace eagerly applied, but when it came to the day of the interview she struggled with her nerves and called the interviewer to the let them know she wouldn’t be able to make it, and as such she almost didn’t get the job with the TDATF – who she has now worked for over the last 15 years.

“The interview panel rang, and said I should come despite being an hour late,” remembered Grace, “but it went really well.

“I didn’t have a degree or anything, but I had a great insight into how addiction affects families and the community.”

After impressing the interviewing panel, Grace was hired by the TDATF in an admin role in 2005, and went on to become the coordinator of the service in 2007, which is based in the South Dublin County Partnership offices.

“You sometimes feel that you’re in an addiction silo,” said Grace, “but the section I’m in has people from other areas, like health and wellbeing and employment, so it gives you a great insight as a lot of these areas overlap.”

With the support of the TDATF, Grace earned a Master’s degree in community management from All Hallow’s College in Drumcondra in 2013, which she gained access to without an undergraduate degree as a result of her extensive experience as a community worker.

Over the years, Grace has seen many changes to the nature of addiction in Tallaght, as when she began working for the TDATF the main issue was heroin and intravenous drug use, whereas now polydrug use, crack-cocaine and alcohol addiction seem to be the main concerns for people accessing their services.

“When someone’s in the chaos of addiction, it’s the basic things that they need support with – managing their money, utilities…so steps towards progression can be quite small,” said Grace.

“But there’s a really strong movement towards recovery in Tallaght.

“There’s a huge amount of recovery happening here and a lot of people are on the journey to recovery, and very often a part of the journey includes relapses as well.”

While it hasn’t been an easy-going role, and Grace says many addiction services feel that they’ve been “left behind” by the government as funding for the services hasn’t been restored to pre-2008 levels, she stills takes great pride in and fulfilment from her role.

“What puts the richness into the role is being able to adapt services to face the challenges in the community,” she said, “and putting that in pre-Budget submissions or our annual report.

“Also, it’s fantastic to see someone go from rock bottom to somebody that wants to work in addiction services and give back to the sector that helped them – that’s really rewarding, and that’s happened a lot.”