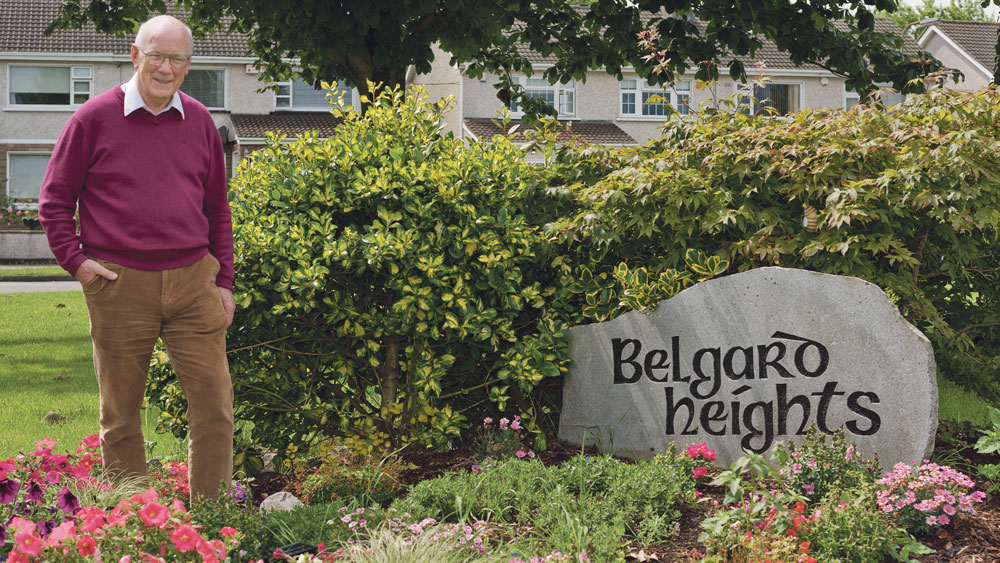 GROWING up on a farm in rural Monaghan gave Peter Forde an appreciation for the importance of looking after where you live and respecting the environment.

Now living in Belgard in Tallaght, Peter, 74, has fond memories of working on the farm from a young age, alongside his five older siblings.

“It was a good experience, I’d recommend it to anyone,” he told The Echo. “It’s close to the soil, it’s close to nature, and you get a take on the natural world that you don’t get in a city.

“I started working on the farm when I was seven, bringing in the cows for milking. As I got into my teens, I got more involved. I learned to drive a tractor and I did some tillage work on the farm using it. 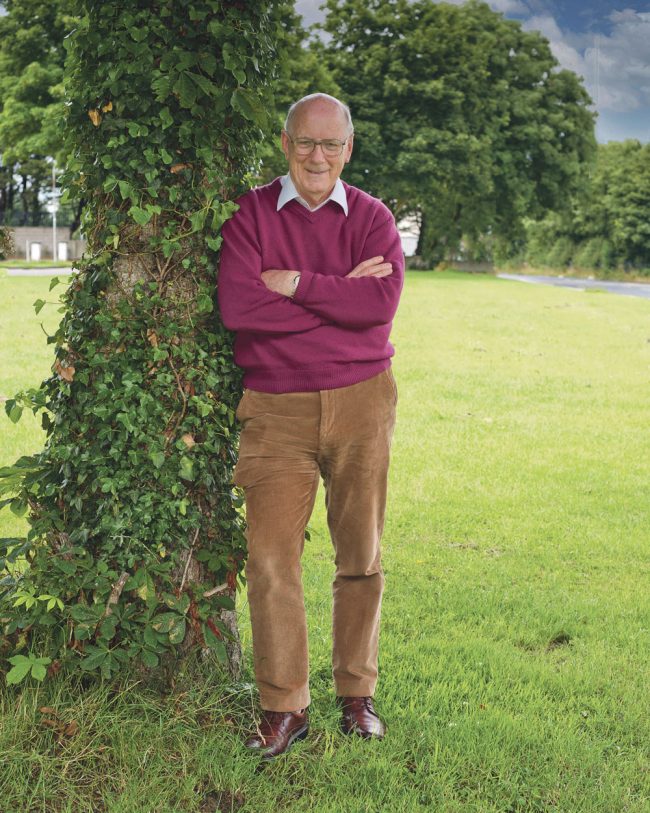 “Farm work isn’t a dream; there’s nothing romantic about it – it’s very practical, but it makes an impression and I still look back on it with great affection.”

After sitting his Leaving Cert in 1965, Peter moved to Dublin and began working as a clerical officer for the ESB.

He lived in a flat on Parnell Street for his first few years in Dublin, and quickly found that city life suited him.

“Dublin, to me, was an adventure,” Peter explained. “The first thing that appealed to me about Dublin was that I was beside all of the major goings-on in the country, especially when it came to sports.

“I started going to places like Dalymount Park, Lansdowne Road and the National Stadium. And I also enjoyed going to the theatre – there’s so many professional theatre productions in Dublin.” 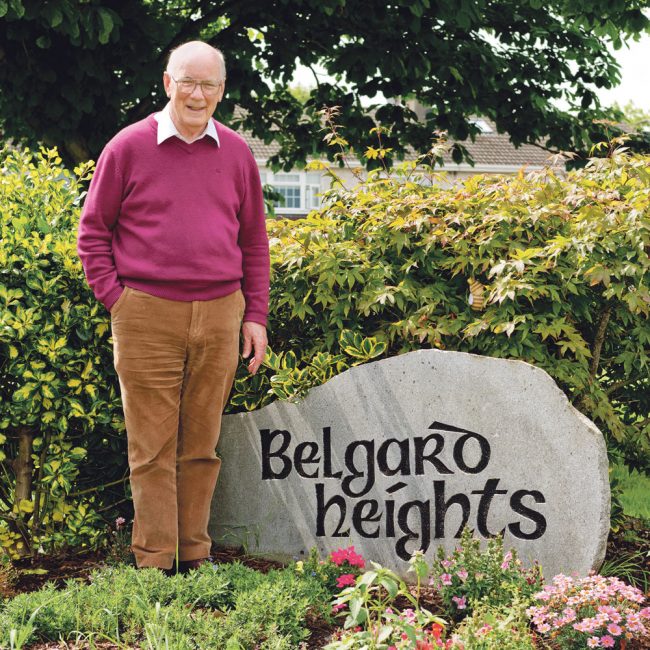 In 1969, Peter left his ESB job and began working in the civil service, which over the years saw him working in a number of departments, such as social welfare, and post and telegraphs.

It was during his tenure in the civil service when Peter decided to purchase a house in Kingswood View, Belgard, in 1981, at a time when large swathes of Tallaght were still undeveloped and rural.

“At the time, I was in my 30s and I thought it was time I bought a house. I didn’t look at getting a house in Tallaght specifically, I just liked the house.

“My impression of Tallaght at the time was that it was still in transition. There was relatively little in the area, and everybody in Tallaght was coming in and out of town to work. 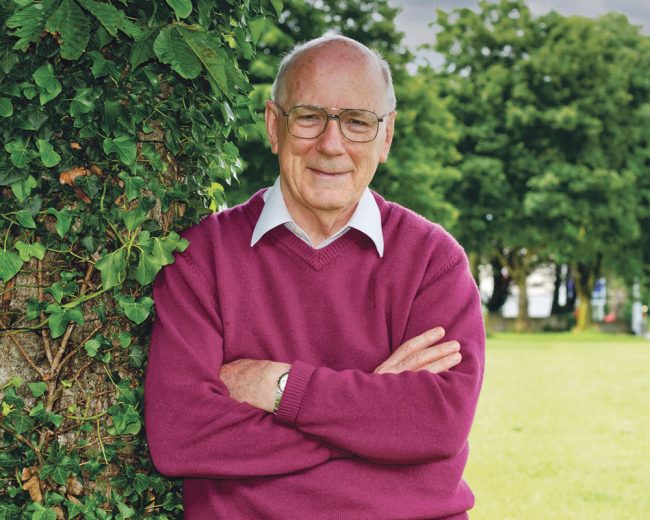 Peter Forde says that new people are always welcome to join the Residents Association: “It’s just a case of contributing to the community spirit and making a little bit of a difference in the area.”

“When I moved in here, the people around here were pretty much all in the same age group, or couples with small children.”

A residents’ association was set up in the area in 1982, which Peter happily joined as he felt it was important to be part of a group advocating for the maintenance of the estate.

However, that group lapsed in the late 1980s. In the meantime, Peter continued to focus on his civil service job until he took early retirement in 1999.

He then spent four years doing freelance payroll work, before being employed in South Dublin County Council’s housing department as a clerical officer in 2003.

“I spent nine-and-a-half years in housing in the same job, and it was the best place I’ve ever worked in,” added Peter.

“There was a very high level of camaraderie in the office. Everybody supported each other and there was always an atmosphere of cooperation.”

In 2009, Peter felt there was still a need for the Kingswood View area to be represented by a residents’ association, so he became involved in the Belgard Heights Residents’ Association.

“I think what motivated me was the fact that we didn’t have any residents representing Kingswood View, so it seemed like joining the Belgard Heights’ Residents’ Association was the natural thing to do, because we were in their catchment area.

“It’s good for practical, day-to-day things, like maintenance of the estate and communicating with the council about things like cutting grass, tree pruning and road sweeping.”

On his retirement from South Dublin County Council in 2012, Peter was able to dedicate more time to the residents’ association, which he was the chairperson of for the past seven years before stepping down last May because he felt he had been in the role for too long.

Explaining the impact the Belgard Heights Residents’ Association has had, Peter said: “I think the benefit of it is that it promotes a spirit of community in the area, it brings people together.

“We hold a family fun day every year. It gets the children involved and gives them a sense of identity about where they’re from.”

Peter is now the secretary and planning officer for the residents’ association, and is also involved in Tallaght Community Council.

He added that the Belgard Heights Residents’ Association is always looking for new members, and that he finds great fulfilment in his involvement in it.

“The people on the committee do not regard themselves as the only, or even the best, people to run the residents’ association, new people are always welcome,” Peter explained.

“It’s just a case of contributing to the community spirit and making a little bit of a difference in the area.”