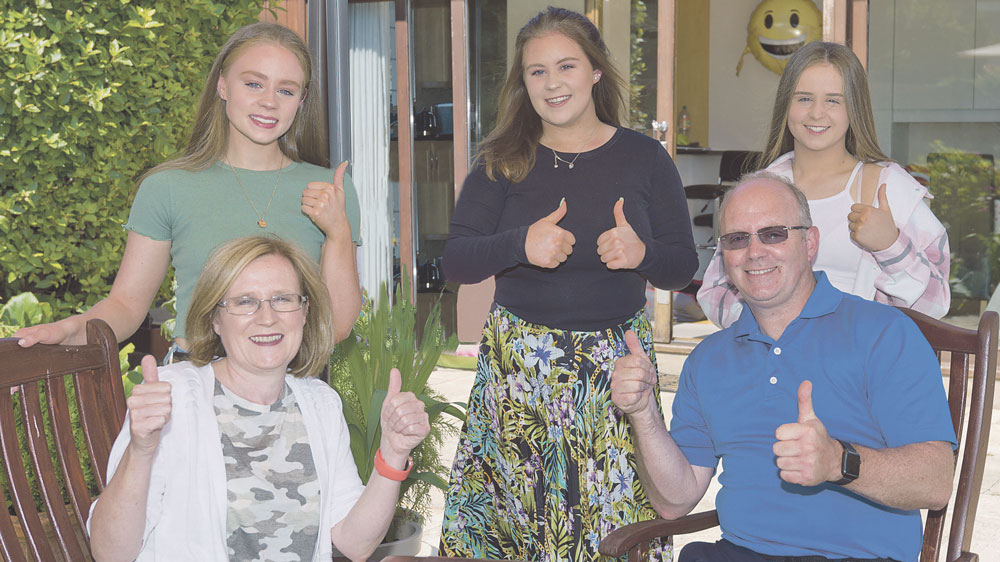 Ellen ‘will go out there and she’ll do her best’

ELLEN Walshe and her three sisters, Nicole, Hannah and Eva, learned to swim at a young age and were proficient in the water from childhood with the encouragement of their parents Michael and Michelle.

Growing up in Templeogue, Ellen took part in a variety of other sports, including basketball, but it was at age 11 when she decided to focus on swimming as her sport of choice.

A past pupil of Our Lady’s School in Templeogue, Ellen trained twice a day, four times a week, when she was in school and her passion for swimming has never waned.

Her dad, Michael, told The Echo: “We’re certainly very supportive of all of our children, but for the ones who did swimming, it was never Mum or Dad pushing them to swim – it was always something they did of their own accord.

“At an early age, Ellen was able to compete against kids who were older and stronger than her.”

The 19-year-old, who is a member of Templeogue Swimming Club, qualified for the Summer Games after a stunning performance at qualifiers in the NAC last month, that saw her swim below the FINA ‘A’ time for the Women’s 200m Individual Medley when she clocked 2:12.02.

While Ellen will have the backing of her family and the local community, including Dave Lawless from the Morgue, who has sponsored both Ellen and middle distance runner and fellow Templeogue Olympian Nadia Power, they unfortunately won’t be able to attend the games in Tokyo as a result of the pandemic.

Michael said: “We’ll be Team Ellen when she competes on Saturday and Monday.

“I’d like to have been in the stadium to watch her, but she knows we’ll all be there in spirit.

“She’ll go out there and she’ll do her best. I’m delighted for her, but also for Brian Sweeney, the coaches and Templeogue Swimming Club.”

This coming September, after the Olympics, Ellen is planning to attend the University of Tennessee – for which she has received a partial scholarship as a result of her athleticism – where she will continue to develop as a swimmer, with hopes of also pursuing a career in nursing.