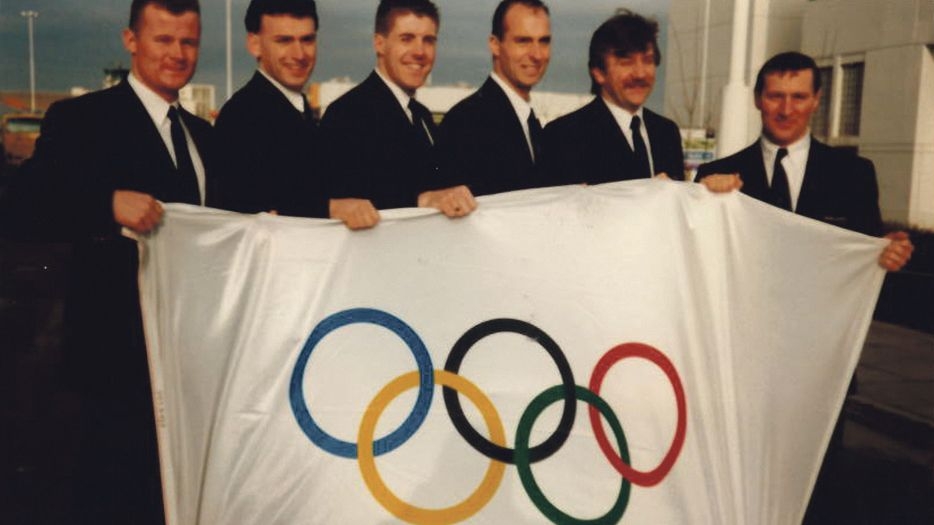 IN THE week that Jack Charlton sadly passed away, there has been an outpouring of public reflection of what the Newcastle man and his Irish football team did for the public mood during their heyday of 1988-94.

During a similar time period, another lesser known Irish sport story is that of the trials and tribulations of the emergence of the Irish Bobsleigh team (1986-92).

It is a compelling story that managed to slip between the cracks of the public Irish consciousness, but one that is brought to life in a new documentary ‘Breaking Ice’ by Clondalkin filmmaker Jason Branagan.

Making history, the Irish bobsleigh team qualified for its first Winter Olympics in the Canadian city of Calgary in 1988.

However, ten days before the opening ceremony, the Olympic Council of Ireland sent a one-sentence letter to the team informing them that their entry had been withdrawn.

The team went to the High Court to get an injunction but ran out of time.

This was despite the fact that the Irish bobsledders had already proved themselves against top opponents from Europe, North America, and they never lost to the Jamaican team, made famous in the 1993 movie ‘Cool Runnings’.

“The thing that shocked me was that RTE ran Cool Runnings when I was a kid, and my knowledge of bobsleigh revolved around a Disney film which I remember very fondly,” said Branagan, who grew up in Clondalkin Village and includes Fair City under his directorship belt.

“It tripped me out that we had an Irish team competing and beating the Jamaicans prior to 88. I realised to date, that I have yet to meet someone who goes ‘oh yeah, I remember that’.”

Branagan (32), a former Moyle Park student, stumbled across a small article on the Irish team’s history during the 2018 Winter Olympics, which he concedes was “almost a footnote”.

He has been “absorbed” working on this documentary for over two years now, and it was selected to feature as part of the 2020 edition of the Galway Film Fleadh last week.

“The biggest challenge with most indie projects is trying to get funding. I think it is very universal in content but bobsledding is very niche,” he said.

The Irish team was established in 1986 by UK entrepreneur Larry Tracey, who recruited Irish rowers.

Branagan started his involvement in the project in early 2018, and sat down to interview the team members by December of that year.

“Initially the guys probably thought I was looking for scandal, but it was a case of multiple conversations, bringing them around and making them comfortable,” said Branagan.

“Even now, I am constantly in contact with the guys. They are very interesting. I have been lucky in that sense. They are very likeable and good story tellers.”

The Irish bobsledders finally competed in the Olympics in Albertville, France 1992.

Branagan’s interview with Prince Albert of Monaco – a bobsleigh acquaintance of Tracey and the Irish team – had to end up on the cutting room floor as his involvement was more in 98.

A self-starter who bought his own equipment in 2013 to make himself “employable” in the industry, Branagan sees parallels with his own experience and that of the Irish team.

“Despite all the obstacles they met along the way, I found an affinity with that. It is not dissimilar to what you have to do as an indie filmmaker. We have a core crew of six, ten in total versus six guys trying to get to the Olympics, which it has to be said, is a much bigger achievement.

“The Fleadh is the most prestigious event for Irish filmmakers. We hope to keep it on the festival circuit for the next couple of months. Hopefully in September/October, we can look at screening it.”

Listen to Jason on this week’s episode on The Echo podcast Local Voices – available on echo.ie/podcast or any streaming services.