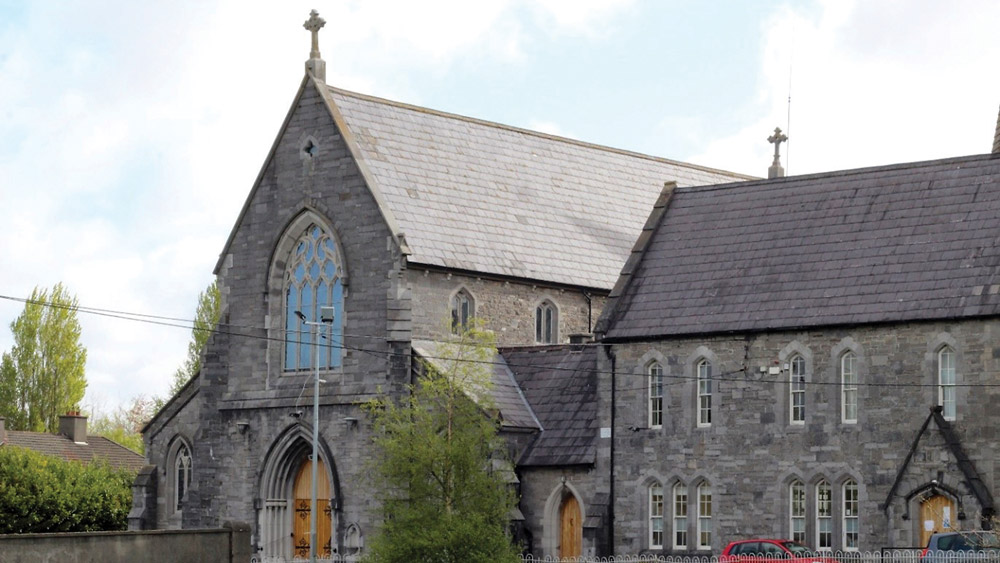 The church, attached to the convent, 2021 in Clondalkin village (Photos: Monica McGill)

Local historian Monica McGill writes for The Echo ahead of her talk on November 3 in Clondalkin Library on the Caldbeck family.

Members of the public can also attend a display on Anne Frances Caldbeck – a Clondalkin Benefactress in the library until October 28 and on November 1 (Anne Frances’s anniversary) there is a wreath-laying from 11am at Mount St Joseph’s Monastery.

Nowadays, we are so used to having laws supporting equality and human rights. It is easy to underestimate the importance of Catholic Emancipation to the people living in Ireland in the 1800’s.

Put simply, when Catholic Emancipation (The Roman Catholic Relief Act 1829) became law, it meant that Catholics could be educated and enjoy other important freedoms formerly forbidden to them since the Penal Laws dating back to the 1600s.

However, things changed slowly after 1829. Those who owned or leased large tracts of land retained their rights and correctly so, but it would be some time before ordinary Catholics could enjoy or afford similar rights.

In Clondalkin, it seems there was a practical co-dependence between most landlords of large estates and their tenants.

Landlords couldn’t run these estates without local workers, and most locals had nowhere else to live unless they rented from landlords. Many ordinary people lived and worked on the same estate.

It’s the 1830s and 1840s. The Caldbecks are wealthy and amongst the largest landlords in Clondalkin.

Anne’s father, William Caldbeck, is a Lawyer practising in Dublin City.  He is a Protestant. Legally before 1829, if he had been a Catholic, he could not have been formally educated nor could he have practised law.

Like Elizabeth, Anne is a Catholic member of a Protestant family.

The Caldbeck’s lifestyle is comparatively comfortable, surrounded by various degrees and types of poverty.

From childhood, Anne regularly went with Elizabeth to Westland Row church for religious services and instruction.

Apparently, William Caldbeck supported this. After Elizabeth died in 1840, Anne continued her connection with the priests in Westland Row.

Elizabeth realised that without proper education, the prospects for ordinary Catholic children were slim. 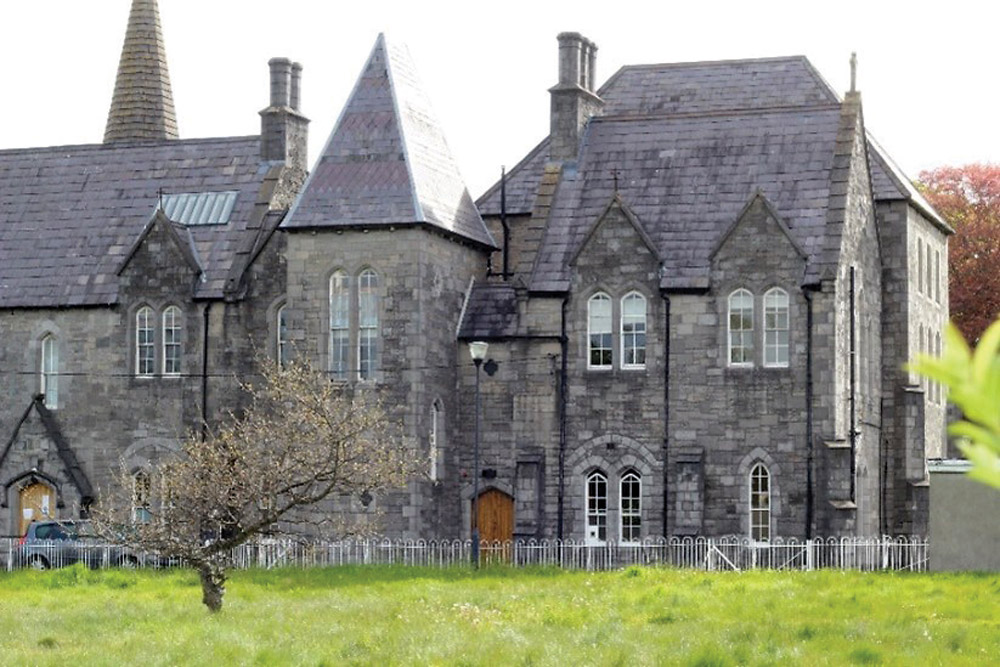 Part of the convent, 2021 which housed classrooms

As soon as she could, Elizabeth established and taught in the only school for Catholic children in Clondalkin.

Her concern was to give them a basic education and religious instruction.

Initially, the school opened in one of the gate lodges of Moyle Park House – where the large, red-bricked building stands now.

Later, the school transferred to the present commercial building on the corner of Old Nangor Road, opposite the Garda Station. Anne became Elizabeth’s willing assistant in the school.

After Elizabeth died in 1840, Anne continued teaching in the school until bad health confined her to bed.

Anne knew she was dying and must have been aware that the future of the Caldbeck school was unsure.

Anne died in her early 30s in 1844.  She was buried in Mount St Joseph cemetery on Monastery Road, Clondalkin, where her mother and some other Caldbeck family members were also interred.

After her untimely death, Anne’s Will surprised the surviving members of her family. It contained very detailed instructions to convert all of her many assets to cash.

Apart from some small bequests, she had left her entire and substantial fortune to the then Catholic Archbishop of Dublin and his Dean in Westland Row church.

Her will instructed that the money was to be used to either secure a suitable house or build a convent on land in Clondalkin village so that nuns could be invited to teach the “poor Roman Catholic children of Clondalkin village” and look after the “poor sick of the village”.

Some years passed before a bitter court case eventually honoured Anne’s Will.

Consider how clever, dedicated and loyal Anne was.

Her testamentary instructions ensured the security of a school for local, poor Catholic children well beyond her own and her mother’s deaths.

Also, from whom would the village land most probably be leased? Anne’s immediate family. In the end they would receive the monetary value of her estate, filtered through Church authorities.

So, between 1853 and 1867, the parish priest Fr John Moore leased various plots of land totalling c.20 acres in Clondalkin village from Anne’s family.

These included McGuire’s Field, the four acres and 21 perches, where the convent and the Church of the Immaculate Conception (the parish church) still stand – although the convent is partially occluded by the retirement home and nursing home being built as you read this article.

Anne’s cousin (another William Caldbeck) was an architect. Fr Moore and the then Archbishop of Dublin engaged him to design the Neo-Gothic convent and oversee its erection.

It was bitterly cold on December 7, 1857 when, to great celebrations, the first Presentation nuns arrived from Carlow at Fr Moore’s invitation.

They moved into the convent, but it had no furniture. Fr Moore’s dining table and chairs – and his carpet – were put at the nuns’ disposal in haste.

Local people supported the nuns in every possible way then and thereafter.  The convent building included classrooms, opened the day after the nuns arrived and about 200 children reported for lessons.

Later, donations were used to build the church, possibly augmenting what remained of Anne’s bequest.

Architect Caldbeck was again hired to design and supervise its erection, in similar Neo-Gothic style and attached to the convent “for the convenience of the nuns”.

Local donations provided almost everything in the church, while some vestments and altar cloths were made by the nuns.

As Clondalkin’s population grew, other junior schools were opened. The convent classrooms were used as necessary until about 1970 when Coláiste Bríde’s new secondary school was made ready.

Thank you, Anne Frances Caldbeck.  Your care and generosity continued your mother’s work.