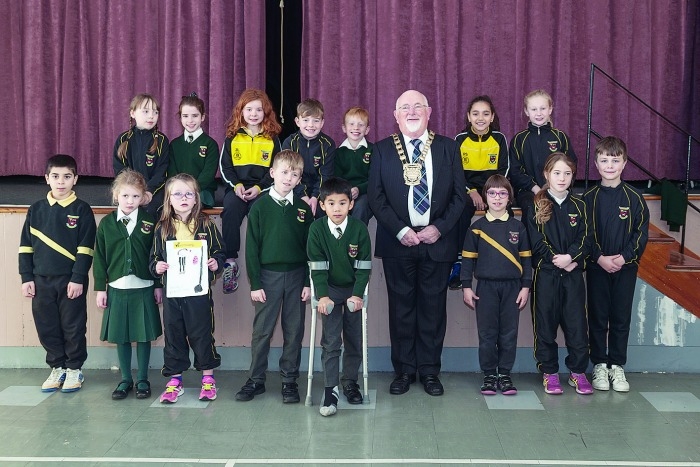 A SCHOOL in Perrystown announced plans to work alongside the Irish Travellers Movement to achieve the Yellow Flag – launching the initiative at their school this week.

St Damian’s National School in Perrystown, is one of seven schools selected for the programme in Ireland this year.

Eimear Cregg, co-ordinating teacher for the programme at St Damian’s, said: “The Yellow Flag was set up by the Irish Travellers Movement to raise awareness of Traveller culture and history along with other aspects of diversity.

“Over the course of the school year, all classes from Junior Infants to Sixth Class will work on this project. We are a school with 240 pupils who come from mainly Crumlin, Drimnagh and Walkinstown and we feel this is an important project for our children.”

The programme works with staff, students, management, parents and other community groups, so that the issues of diversity and equality are not just viewed as school subjects.

These issues can be taken outside of school and combined within the wider community.

St Damian’s launched their Yellow Flag Programme with a coffee morning for parents, staff and students on Friday, November 18.