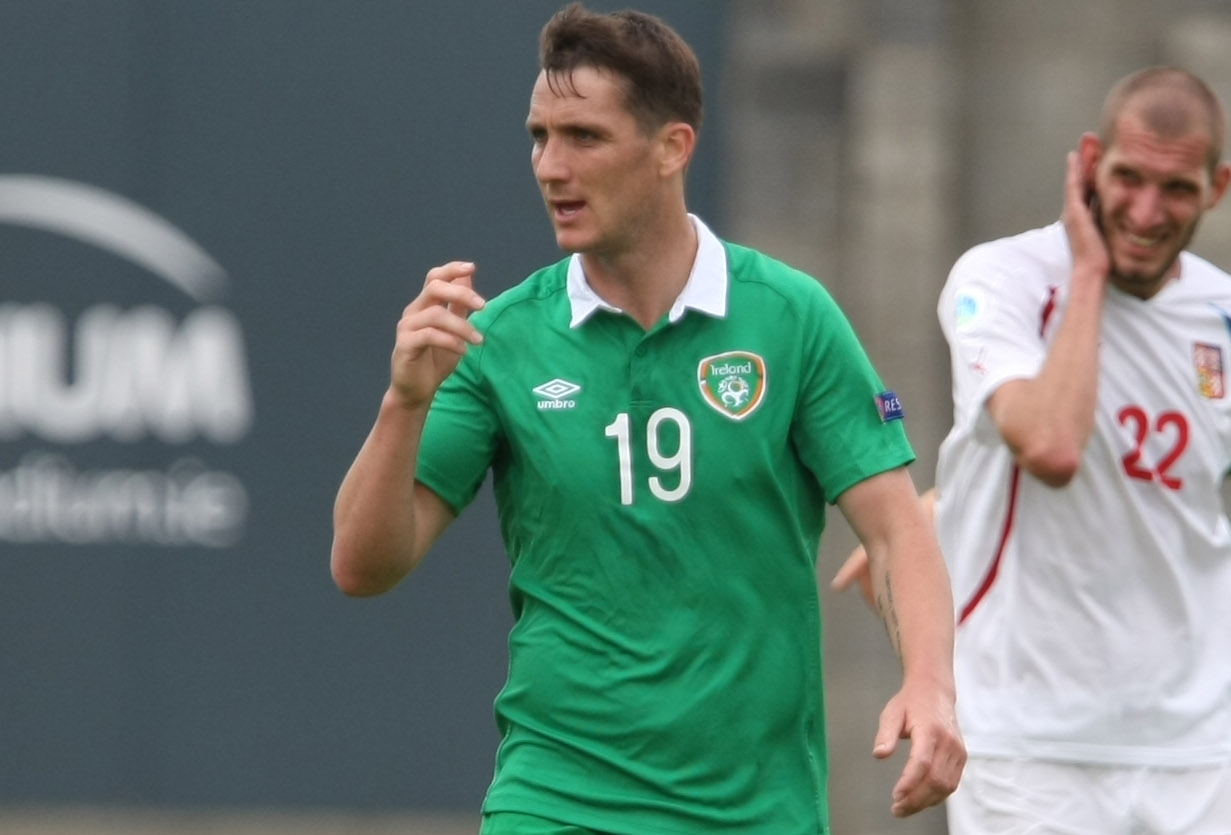 A stunning David Lacey header ensured The Republic of Ireland were crowned 2015 Regions’ Cup Champions this afternoon in Tallaght Stadium, winning 1-0 against Croatian side Zagereb Region.

With a 100 per-cent record in the competition so far, both teams came into the final full of confidence, and Irish manager Gerry Smith reverted to his favoured line-up, with several players having been rested in the 2-1 win over Turkisk side Tuzla Canton.

Crumlin United’s Greg Moorhouse and James Lee came back into the starting XI, as did Bangor Celtic’s Lar Dunne in midfield, while Bluebell’s Aji Sule kept his place on the wing.

The Croatian side had shown enough over the course of the week to suggest they would be dangerous in the final, and after just four minutes Arjan Rexphepi came within inches of opening the scoring.

That was a real warning call for the host nation, and they thankfully settled well after that before taking the lead with a sublime goal scored by David Lacey of Killester United after 10 minutes.

Kenneth Hoey worked the ball out to Lee on the right, and under pressure he whipped in a cross that saw Lacey fly through the air and head past Stipe Nevistic.

The Irish remained on the attack in an attempt to maintain their early dominance, and with Darren Dunne sitting deep just ahead of the back four and Sule pressuring constantly, they looked comfortable.

Smith and his management team have worked hard on set-pieces in the build up to this tournament, and having scored four of their six goals in the group from deal ball situations, it was no surprise that their next chance came from a free-kick.

Kevin Lynch’s lofted delivery into the penalty area was headed away from Nevistic by Noel Murray and the ball fell to Lee, but he could not keep his shot down.

With half an hour on the clock the Zagreb side had come into the tie more, and efforts from both Filip Rihtar and Nickla Bujic had the home crowd worried, but the score remained the same.

And although the visitors ended the half strongly they were left frustrated by the centre-half paring of Paul Breen and Noel Murray who won everything that came their way.

The second half began with the team who were trailing doing all the pressing, but they still could not create a clear opening, and once the hour mark arrived Ireland had got to grips with their Croatian counterparts.

Needing something extra, Zagreb called upon Bozidar Karamatic, a player who had had more shots that any other in the competition before the final.

With a heavily strapped leg, the playmaker immediately set about creating, but it was an Irish substitute, Thomas Dunne, who had the next chance when he headed narrowly wide.

Karamatic did however have a hand in the next opening when he advanced to set up Mohac, but the substitute’s shot was put behind for a corner-kick, which was gathered under the crossbar by Brendan O’Connell.

The influence on the pitch from both benches was obvious in the final quarter of an hour, and James Carr was unlucky not to make it 2-0 when he scuffed a shot wide, before Lar Dunne smashed a strike high over the Zagreb bar from a good position.

Thomas Dunne then followed up a Murray freekick that was well saved by Nevistic, but he blasted over, while John Rock was introduced for the final five minutes in place of Moorhouse.

The tension around Tallaght Stadium was obvious, and with the fourth official signalling four minutes of additional time, the entire 1,172 supporters inside the ground were on the edges of their seat.

But they could celebrate at the final whistle as the Irish side secured the win in what was a hugely entertaining game from start to finish.