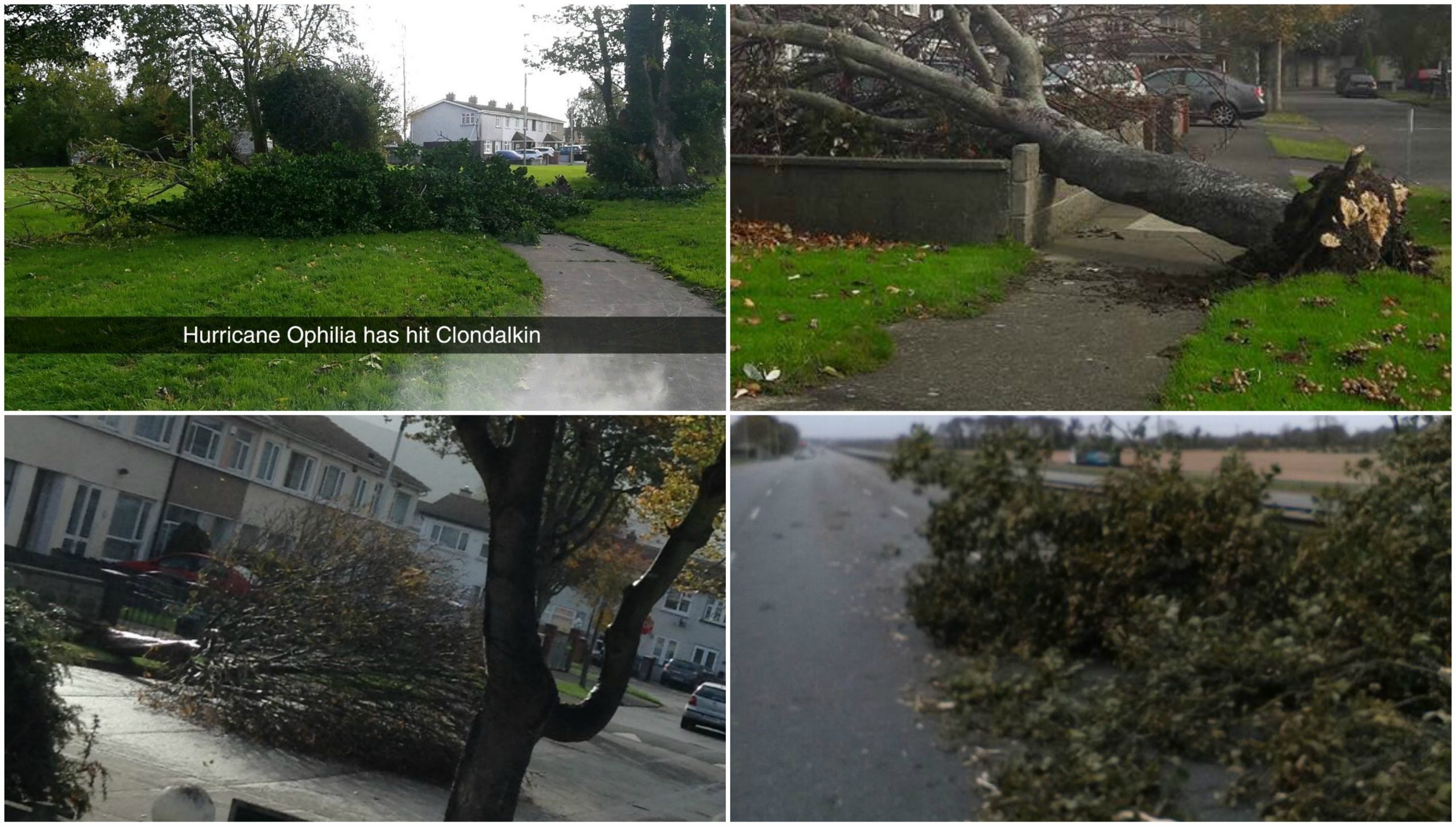 Locals without power as Ophelia pulls down trees in Tallaght, Clondalkin and Walkinstown

Storm Ophelia is already making a big impact locally as the power of the wind begins to take down trees across local estates.

In Tallaght, several trees in estates including Springfield are partially blocking roads, while in Old Bawn trees are being uprooted.

Tree down in our estate in Springfield, Tallaght #Ophelia pic.twitter.com/eZF7zpjiNB

I really hate this weather.. like look what happened where I live in Tallaght old bawn, pic.twitter.com/DLaWZhqg5x

In Clondalkin, several residents have reported trees being pulled out of the ground, while on the Naas Road a tree is down just after the southbound exit for Rathcoole.

A tree down over a relative’s house in Clondalkin, it has mostly been cleared now #ophelia #HurricaneOphelia pic.twitter.com/FkWNdgbpFY

Dublin Fire Brigade are at the scene, and motorists are being warned to take extreme care on the road.

Meanwhile, residents in Walkinstown are without power after falling trees pulled down power cables on Bunting Road.

A falling tree has pulled down power cables in Walkinstown – residents are currently without power #Ophelia pic.twitter.com/4qPl85mwn3

As the winds increase, people are urged to remain inside and adhere to warnings.