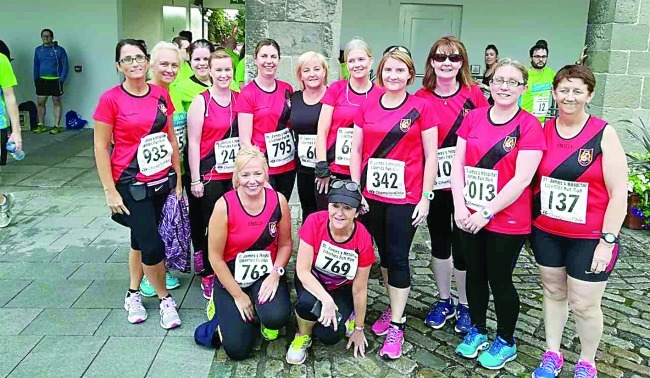 This unique Four-Mile road race takes participants through the heart of old Dublin.

Starting and finishing in IMMA / Royal Hospital Kilmainham, the route takes in some of the most famous sites throughout the Liberties including, James’s Gate, Thomas Street, Francis Street and the Coombe.

All proceeds go towards upgrading the Emergency Department in St James’s Hospital.

It is growing in popularity with Lucan Harriers athletes and this year 17 athletes from Lucan headed in.

First home was Lucan was Anita Hughes in 38.43.

There was a good turnout from Lucan at the first of the Dublin Marathon race series with the SSE Fingal 10k in Swords.

First home for Lucan was Shane O’Keeffe who finished in a time of 40.31.