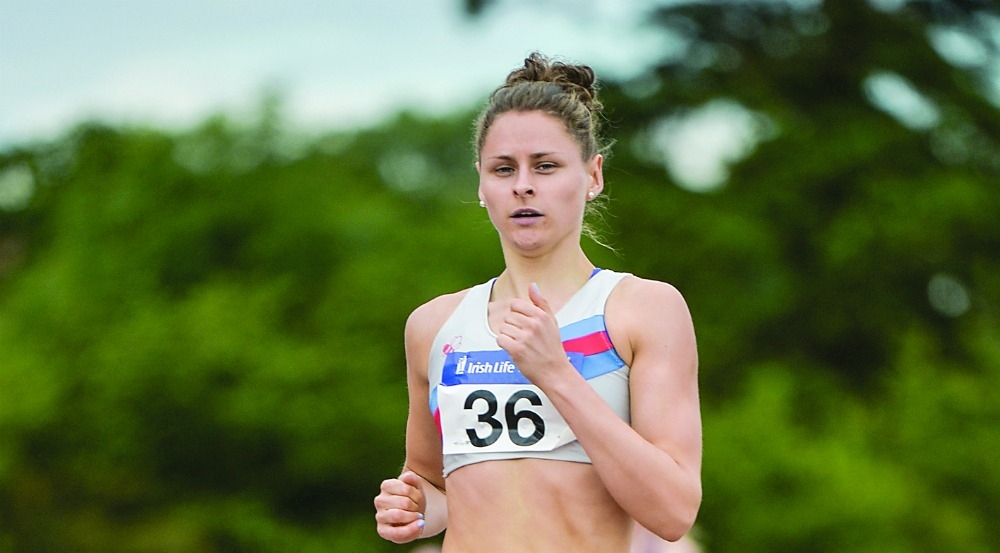 DESPITE being  favourite to retain her 400m title, Dundrum South Dublin’s Sinead Denny found a newcomer to this distance, Cliodhna Manning of KCH, just too good.

Sinead set a hot pace from the gun as she led into the straight, but could not hold off the finishing sprint of Cliodhna, who won in 53.25, with Sinead two metres behind registering 53.85.

it’s hard to believe it’s more than 10 years since Robert Corbally won and set a new U18 3,000m record at the Celtic Games International.

In the intervening years Robert has been a stalwart for DSD Cross Country wins at National Championships.

Study programmes and work demands did not allow him to do the training required to progress to the next level.

As distance captain he proved to be an inspiration to the next generation as he produced his best race to date in Santry, to pick up his first individual medal at the National Senior Championships, with a great last lap, to grab silver.

Always just behind the leading group, he ran a very clever race to surge into second place in the final 100m, to ensure his place on the podium.

There were also fine runs from Joe Halwax 5th 400m hurdles 53.29; Aengus Meldon 8th 800m 1.55.10. Having run good heats on Saturday to qualify, they then found themselves in elite company in the finals on Sunday, with world class opposition (Thomas Barr 400mH and Mark English 800m).

They ran very close to their personal bests, which augurs well for the future.