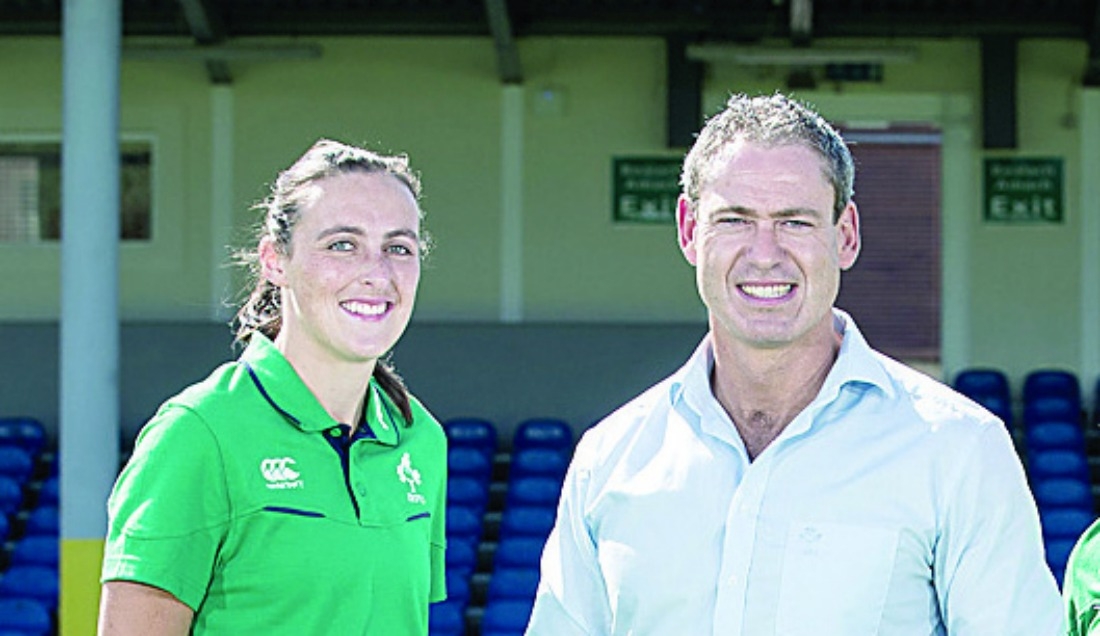 Hannah confident ahead of her first rugby World Cup

THE IRELAND squad for the upcoming Women’s Rugby World Cup has been announced.

The tournament takes place on home soil from Wednesday, August 9 to Saturday, August 26.

Among those selected in the 28 players picked to represent the home nation are St Mary’s Paula Fitzpatrick, and Belevedere’s Hannah Tyrrell.

This will be Tyrrell’s first time to compete at the World Cup, and she is relishing the challenge ahead.

The Clondalkin girl spoke to The Echo ahead of the tournament;

“It’s fantastic to get picked, this is my first World Cup so I’m really excited and raring to go”

The Belvedere wing has been training hard with her international teammates and according to Tyrrell confidence in the camp is sky high. “I’ve obviously been training with the girls, and previously played with the Sevens, and I hope to get out there and do my bit to help us win our matches”

The opening match sees the Irish square off against one of the strongest teams in Women’s rugby Australia, but while it will be a formidable ask to beat them, Tyrrell feels Ireland can.

“Australia are great opponents, and are playing great rugby at the minute, but we know what we have to do, and also know that if we give it our all, we are capable of beating them.”

Their next match against Japan should be a walk in the park based on previous results, but the girls in green will once again need to up their game when they tackle the might French in their final group game.

The Ireland Sevens player isn’t taking anything for granted; “The French are a physically opposing team, but we’ve beaten them in the past, and feel we can beat them this time round too”

The women had an excellent World Cup in France back in 2014, where they claimed the scalp of the mighty All Blacks as they reached the Semi-Final of the competition, where they lost to the eventual Tournament winners England.

When asked if the squad could make it all the way to the winner’s podium this time, the seven-times capped wing had this to say “Yeah, definitely, we’ve a belief in the squad, we are coming off the back of a good Six Nations competition.

For Paula Fitzpatrick, this will be her second World Cup, having played in the 2014 tournament in France, and played for a season with Tolouse.

She will be hoping to add to the 31 caps she has earned to date, and be part of a squad that lifts the winners trophy in Belfast on August 26