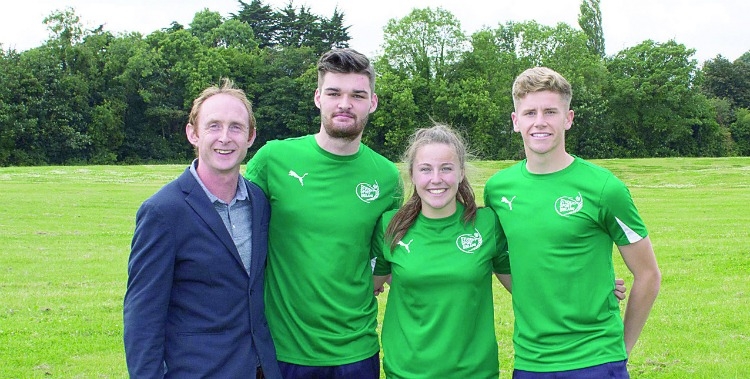 THE INSTITUTE of Technology Blanchardstown (ITB) received some exciting news that three ITB students will represent Ireland at the World University Games in Taipei on the island of Taiwan this August.

The opening ceremony will take place in front of 40,000 spectators on August 18 with the games due to close on August 29.

The Ireland Men’s Head Coach, Greg Yelverton, named Jamie Hollywood and Ian Molloy as part of his 20-man squad. Jamie is a Sports Management and Coaching student at ITB and has represented the college team for the last two years.

Jamie currently plays with Drogheda United in the Airtricity League. Net minder Molloy is also a Sports Management and Coaching student and plays for ITB and Leinster Senior League side Firhouse Clover.

The team will kick off their campaign on August 18 when they play France. They will then play Mexico on the 21st, with their final game of the group stages being on August 23 versus the host nation Taipei. All matches will kick off at 12.30pm Irish time.