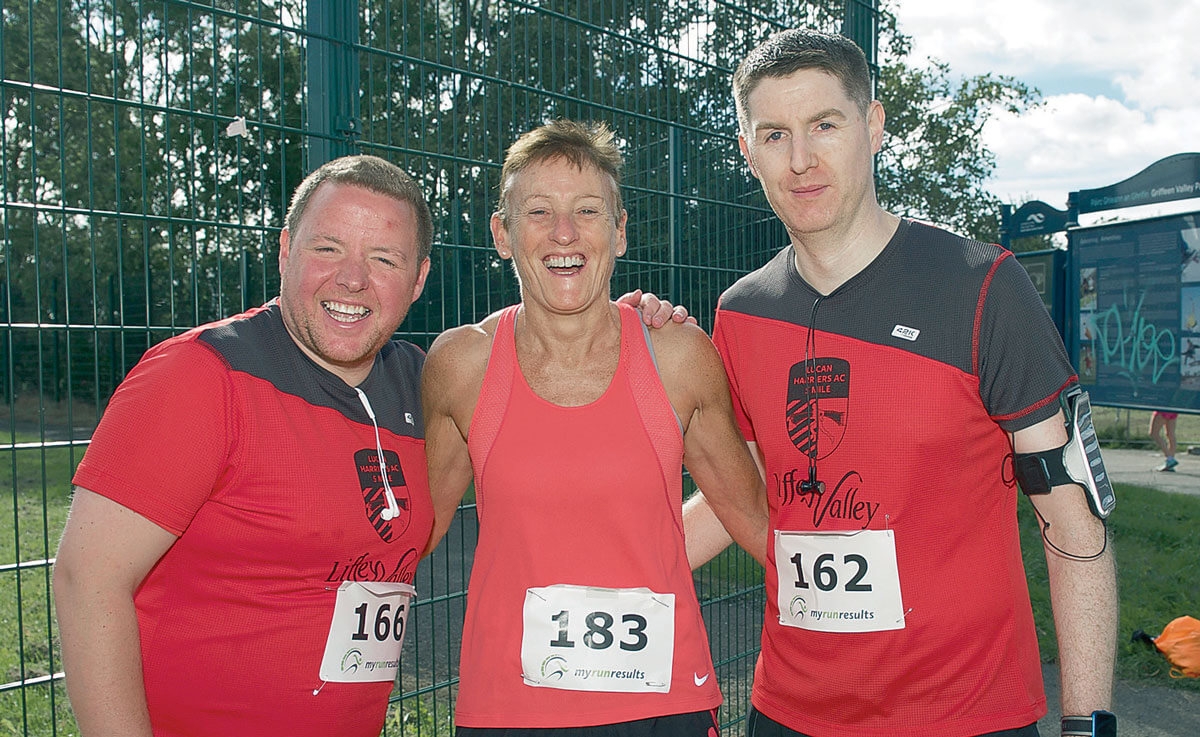 This year’s race was won by Mick Clohissey of Raheny Shamrock Athletic Club in a time of 24.12 and he was followed by Sean Doran of Clonliffe Harriers AC in 25.55 with Rathfarnham WSAF’s  Mark Ryan third in 26.06.

Johnny, Anne-Marie and Shane enjoying the day at the Lucan Harriers Five Mile on Sunday.

The Ladies were led home by Sarah McMahon of Dundrum South Dublin AC in 31.24 followed by Aoife Coffey of Lucan in 31.38 and Jill Horan of Civil Service Harriers in 31.56