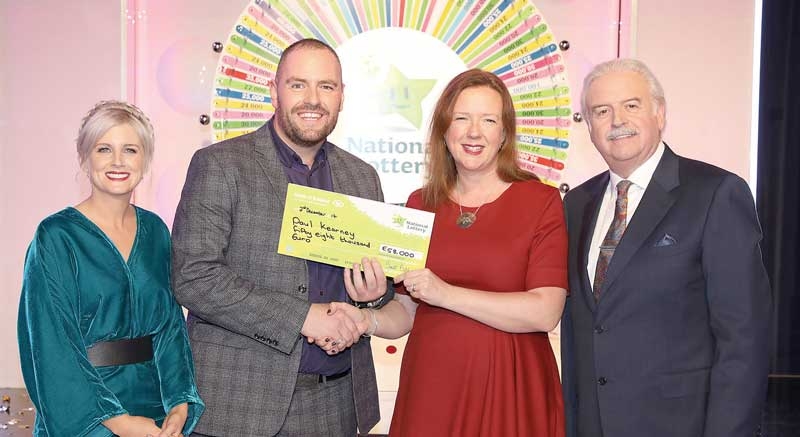 LUCAN man Paul Kearney really did bring home the bacon this week on RTÉ and National Lottery game show, Winning Streak, winning the most money out of the five contestants with a whopping €58,000.

He said that earlier this week he still thought his name being pulled out of the drum to appear on Winning Streak was an elaborate wind-up. He definitely believes it now as he is €58,000 richer and now he plans to “take a few holidays”.

Paul works as a truck driver for a Tallaght-based drinks company, a role which he has held for the past 13 years, beginning when he was just 19 years of age.

The 32-year-old Liverpool Football Club fan is just back from a trip to see his beloved Reds and now with his win on the show, he will also make his trips to Anfield a more regular occurrence.

Before he went on the show he insisted that he isn’t really lucky, but his mum Mary is and she has won two cars over the years on various radio shows. He quipped that she is “banned from every radio station in Dublin at this stage”. Her luck certainly rubbed off on Paul.

Supporting Paul from the audience on Saturday was Mary, his dad Mick, his siblings Michael and Kim, his girlfriend and a host of other friends.

His other brother Pat who runs a bar in Las Vegas delivered an emotional good-luck message to Paul during the game and said he would be watching on the RTÉ Player.