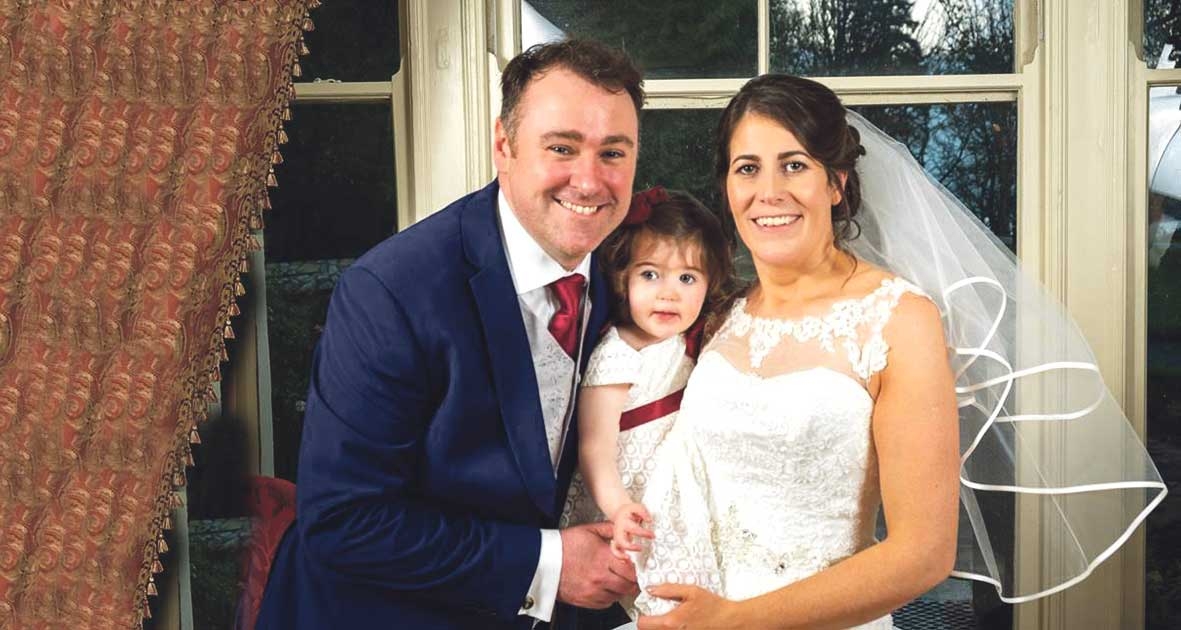 Luckiest guy in the world

COUNCILLOR Trevor Gilligan serenaded his blushing bride with a self-penned track at their recent wedding in Blessington, Co Wicklow.

This was not the Clondalkin man’s first foray into music making – he wrote and performed a well-received Christmas song last year and he released his first EP, ‘Hello World’, in July 2017.

Councillor Trevor Gilligan with his daughter Chloe and wife Elaine

Away from the council chamber, Cllr Gilligan regularly writes songs with the aid of his guitar but he has never played live in front of an audience, and in the run up to their big day, the councillor’s fiancé, Elaine, wanted her husband-to-be to perform for their friends and family.

The Fianna Fáil councillor was initially reluctant, and led Elaine to believe that he would not perform at their wedding – he then surprised her and their friends and family with a performance of his new song ‘Luckiest Guy in the World’.

Cllr Gilligan said: “’Luckiest Guy in the World’ is a song I wrote for Elaine. The entire song is about Elaine and experiences I have had with her, so the song wrote itself.

“It was something that I was always going to do. The night before the wedding, I showed my brother the song.

“I got his approval, and before I knew it, he decided to play along as well. This made the moment even more special.”

The wedding guests clapped and cheered as Cllr Gilligan finished the song, with the politician explaining that the experience took him out of his comfort zone.

“I was nervous and outside of my comfort zone,” said Cllr Gilligan. “I usually play the guitar in a room by myself – I don’t play in front of audiences.

“This was my first time playing live, and whether it worked out or not it, was something I was going to do.

“Elaine had been asking for a few months which song I was going to play, so it was tough to keep it a secret. Everyone clapped along and cheered at the end so it all worked out! Her smile really made it worthwhile!”