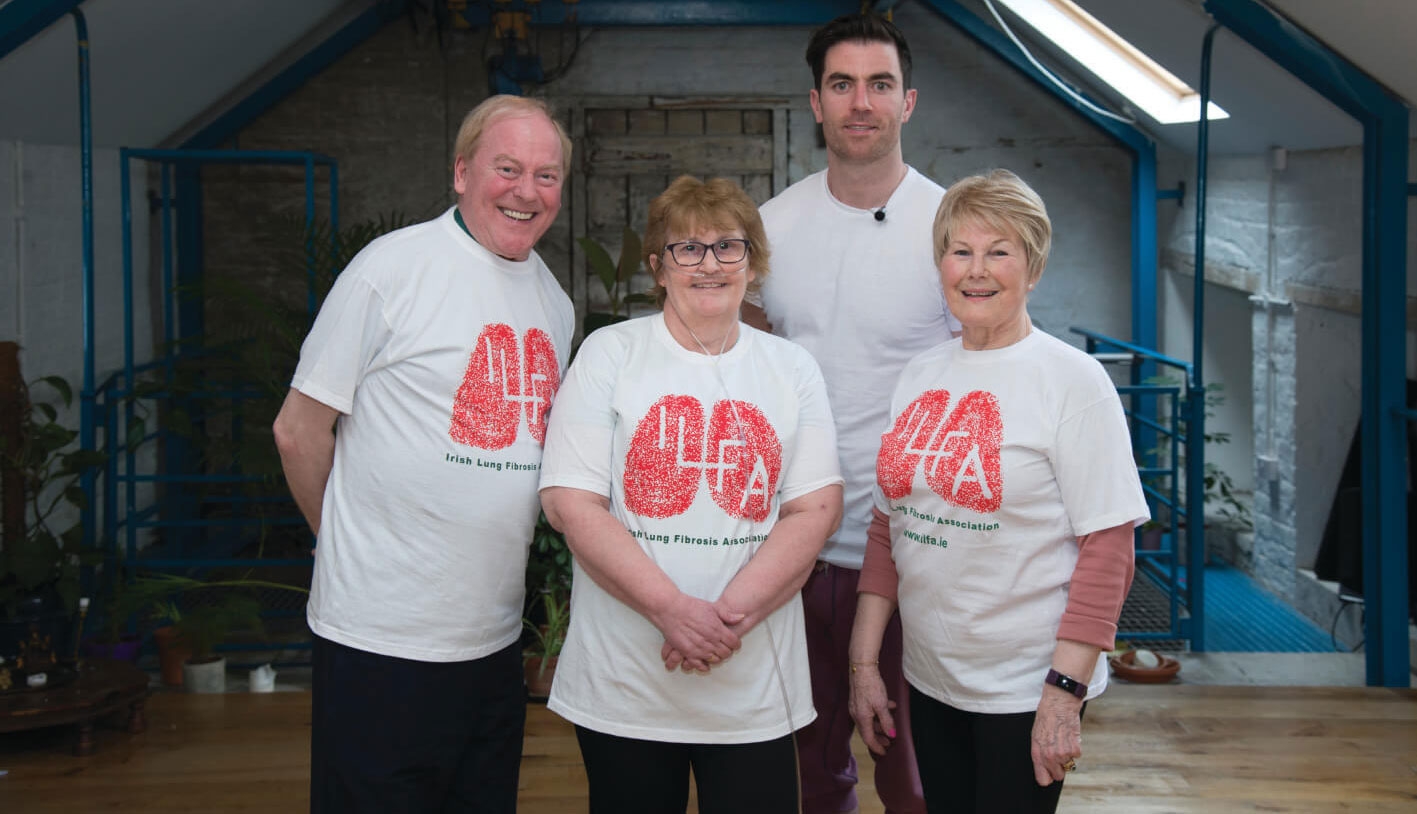 SPEAKING to The Echo from her home in Lucan, Pamela Martin said: “If someone has a long and persistent cough and it does not go away then they should have it checked out.”

Pamela is one of three patient volunteers to be involved in a new yoga exercise DVD produced by the Irish Lung Fibrosis Association.

Dublin GAA footballer, yoga instructor and patron of the Irish Lung Fibrosis Association, Michael Darragh Macauley, is the face of the DVD for people with lung fibrosis.

At the time of her diagnosis in 2009, Pamela was working in a medical centre, and had been experiencing ongoing symptoms of coughing and breathlessness. One day, the GP called Pamela into the surgery and sent her to A and E.

Married to Liam and with three adult daughters, Pamela  was subsequently diagnosed with idiopathic (meaning of unknown cause) pulmonary fibrosis (IPF or lung fibrosis) and would spend the next seven weeks being treated in hospital.

Pamela told The Echo that though she  never smoked and had always maintained a very fit lifestyle, the diagnosis wasn’t exactly a complete shock. She had heard of IPF before as her mum had passed away three years previously with the condition and a cousin had also passed away as a result of it.

Though IPF is a progressive condition, it doesn’t stop Pamela from living a full and active life. She regulary does aqua aerobics and now does yoga too.

She told The Echo: “Michael Darragh is great. I know that he does yoga with the Dublin team before their games and it works. I do it now together with my aqua aerobics.”

She is also a keen Liverpool fan and has organised trips for fans to see their heroes in action. She used to hire buses and chartered planes to get the supporters to games. It saddens her that it is now three years since she has been at a game, but she finds the crowds hard to manage and it is not easy getting around when you have to carry oxygen.

Her fellow Liverpool supporters, in recognition of her great work over the years, organised a benefit night for Pamela following her diagnosis and the legendary Rafa Benitez even donated €5,000 to the Irish Lung Fibrosis Association as a result.