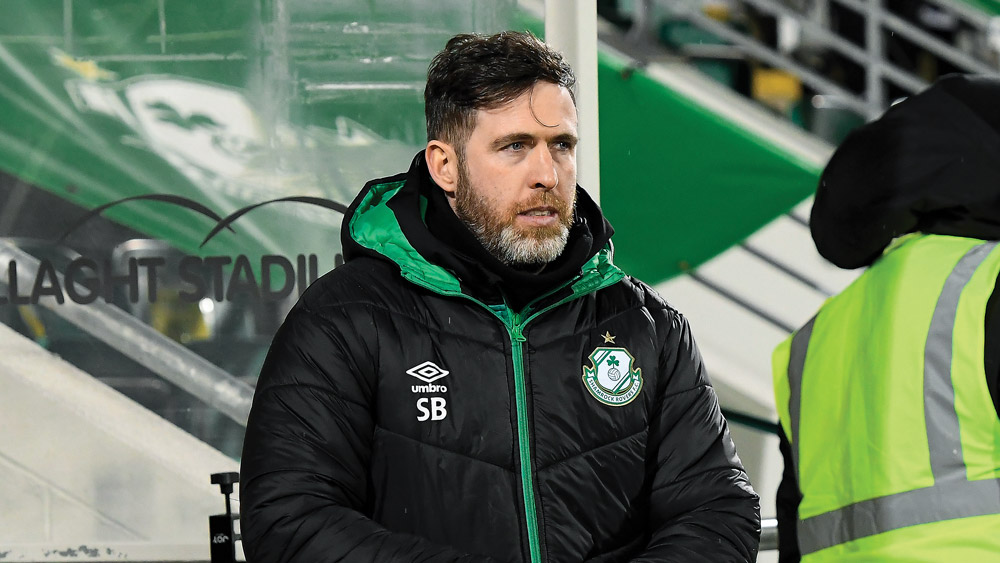 Lyons and Mandroiu propel Rovers to victory over their old club

Finding the net either side of an own goal from Max Murphy – an ex-Rovers man who went in the opposite direction during the off-season – Lyons and Mandroiu helped to ensure the Hoops made it five wins on the bounce in the top-flight.

Derry City may still lead the way at the summit following their superb 7-1 win over UCD at the Ryan McBride Brandywell Stadium, but Stephen Bradley’s charges look to be approaching their very best form once again.

Coming into the game, Lyons already had three goals to his name in a Rovers shirt.

He came off the bench against Dundalk on Monday having missed their previous fixture at home to St Patrick’s Athletic, but made an immediate impact on his return to the starting line-up.

From a Jack Byrne corner on the right-wing, Lyons was on hand to scramble home for a fifth-minute deadlock breaker.

This was a dream start to the action for Rovers and a perfect return to Dalymount for the Kildare native.

Having released Mandroiu for a match winner at home to Dundalk at the beginning of the week, Byrne was creator-in-chief for a third consecutive time on 35 minutes.

He unleashed an enticing delivery into the area, which ended with Murphy turning the ball into his own net. This left Rovers two goals in front at the break and well on their way towards an eight victory of the campaign.

Nevertheless, there was reason to be wary of a potential Gypsies backlash and Alan Mannus produced a fine stop from Liam Burt 11 minutes after the resumption. It looked set to be a tension finale on Dublin’s northside when Junior Ogedi-Uzokwe opened the Bohs’ account on the third-quarter mark.

However, the outcome was placed beyond doubt when – straight from the kick-off in the aftermath of Ogedi-Uzokwe’s strike – the ball was worked towards Mandroiu on the edge of the box and he clinically fired beyond the reach of Talbot.