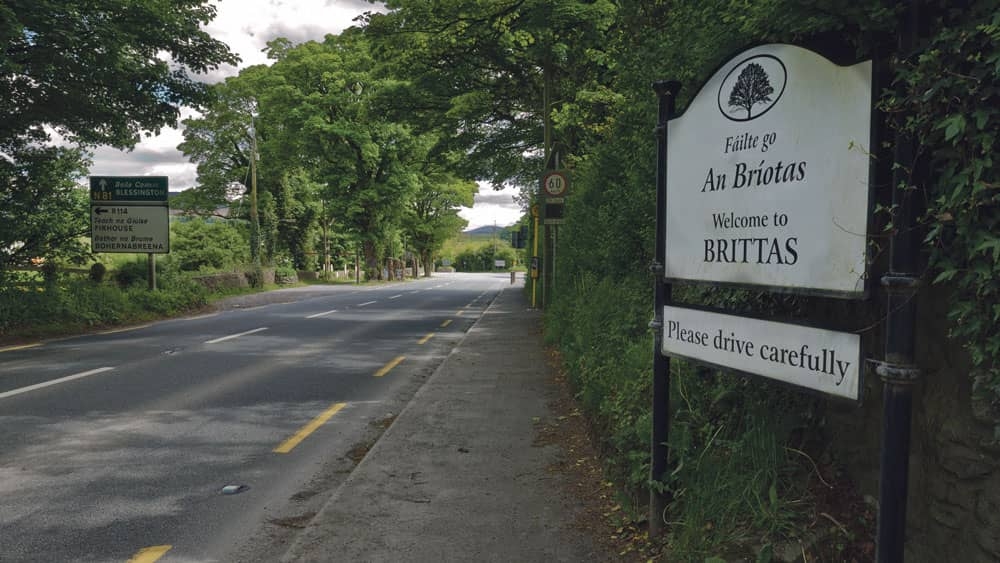 A PROPOSAL for a tourism development in Brittas involving the Mansfield Group – the owners of the Finnstown House  Hotel – will be discussed at an upcoming County Development Plan meeting.

A motion for the development of a leisure and tourism facility at a 100-acre site at the ponds in Brittas, which has been co-signed by seven councillors, is due to be discussed at a meeting later this month.

Independent councillor Peter Kavanagh, who is one of the co-signers of the motion, said the development may take the form of a hostel or a holiday caravan site, with an emphasis on preserving the natural beauty and biodiversity in the area.

Cllr Kavanagh told The Echo: “This was a decision taken in concert with residents in the area.

“The idea is to improve the protection of Brittas as an area of outstanding natural beauty, and to try and look at a way of boosting the local economy.

“Instead of [the ponds] being an underdeveloped area that could be overdeveloped in the future…this would let us make the most of it and stimulate internal tourism.

When asked about the potential employment opportunities the development could create, he said: “I think it would be wonderful if we could give young people from the area the opportunity to work in Brittas. It’s a very small, rural area so there are not a lot of jobs.”

The project is being spearheaded by former Fianna Fáil councillor Colm McGrath, who is now the director of Essential Services Limited Land Use, Planning and Project Management.

Mr McGrath told The Echo that the subject site is owned by a number of private landowners, including the Mansfield Group, who are in support of the project.

The site was the subject of a successful motion for tourism and leisure uses at the ponds in the last county development plan, from 2016-2022, but despite getting the green light in the development plan the project didn’t come to fruition.

Mr McGrath explained: “The last motion [in 2015] was adopted, but it found itself in competition for resources.

“What was envisioned in the motion didn’t come to fruition, so we expanded the motion [for the upcoming County Development Plan].”

The motion seeks to expand the objective to include “the development of a tourist and leisure facility to include accommodation, associated services and activities at Brittas Ponds and surrounding lands thereby guaranteeing the conservation, upkeep and enhancement of the area’s amenity potential.”

Cllr Timmons told The Echo: “I think there’s great tourism potential in Brittas. The motion opens up the chance of a discussion about what exactly that [potential] will be.

“There’s a wealth of countryside and natural beauty up there.”

Cllr Ó Broin added that he decided to submit the motion because he felt that Mr McGrath “made a good case to me that developing that pond area would be good for the community of Brittas.

“He mentioned the population going down and that the local school was struggling for numbers. He also mentioned the possibility of fishing at the site. I think there’s a lot of untapped potential there.”

Looking ahead, Mr McGrath said: “We’re only at the aspirational stage of the project, but we’re reasonably confident that, with the councillors’ enthusiasm, we’ll have something pretty tangible to take forward.”