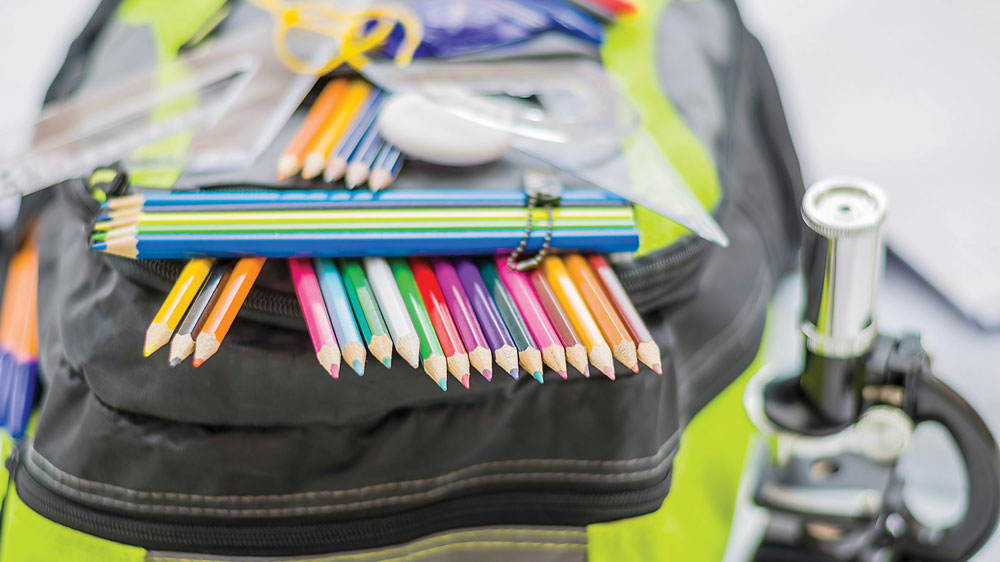 CHILDREN’S charity Barnardos is calling for an end to voluntary contributions in schools, the provision of free schoolbooks, and maintaining the increase in the back-to-school allowance, as a recent survey by the charity found that parents are struggling with back-to-school costs.

A local TD is also calling on the Government to widen eligibility for the back-to-school clothing and footwear allowance in a bid to help middle-income parents struggling with school costs.

Only 24 per cent of respondents to Barnardos’ survey said they had received the back-to-school allowance, with 76 per cent stating they have not received it.

Against the spectre of the rising cost of living, many of the 1,132 respondents to Barnardos’ Back to School Survey 2022 said they will have to cover back-to-school costs outside of their normal budget.

An equal number of parents with children in primary school and secondary school said they had to cover the costs of the start of the new academic year outside of their normal budget, totalling 52 per cent of respondents.

A total of 32 per cent of parents whose children are in secondary school said they were “very concerned” about the costs for the new school year, while five per cent said they wouldn’t be able to meet the costs.

Three per cent of the parents of primary school children said they wouldn’t be able to meet the costs of the new school year, while 25 per cent said they were “very concerned”.

According to the survey, the expected average back to school costs for 2022 for a fourth class pupil are reaching €424, while for a first year student it’s €814, and for a sixth year student it is €722.

Following the recent publication of the survey, Sinn Féin TD for Dublin South-West, Seán Crowe, is calling on the Government to support families with their back-to-school costs.

“Families are already under huge pressure due to the cost-of-living crisis and will be under real financial pressure to cover these bills,” Deputy Crowe said.

“I have been contacted by families across [the county] who are very worried about how they will manage to meet these costs and stay on top of their basic bills as well.

“This should not be happening. No one should face this stress or the prospect of going into debt, just to send a child to school.”

He added: “Middle-income families need help this summer. They can’t wait. People who have one child in school and who have a combined income of €620 or more per week don’t get any assistance in terms of back-to-school clothing and footwear allowance.

“Sinn Féin are proposing that this eligibility is widened to include middle-income earners.

“These are people on modest incomes who are working hard and cannot afford to pay these spiralling back-to-school costs.

“It would be fair and reasonable for the eligibility to be widened to ensure these families get a break from the cost-of-living crisis.

“This would make a real difference to so many people across south Dublin.

“There is still time to act, but the Government cannot delay any longer. This issue is urgent. We are already in the middle of summer and these costs are coming in. Families cannot wait any longer.”

Deputy Crowe also referenced a package of measures by Sinn Féin to cut back-to-school costs, where he noted that the Government had accepted some of their proposals, such as an increase in the back-to-school allowance.

“The Government has shown before that they can act, when they did agree to take on some of Sinn Féin’s proposals,” said Deputy Crowe.

“I am urging them to deliver on all our measures. Our proposals are fair, reasonable and deliverable. They would make a real difference to families who are under major financial pressure.

“The Government must widen eligibility for the Back to Education Allowance now, so that middle-income earners can receive much-needed help with back-to-school costs.”