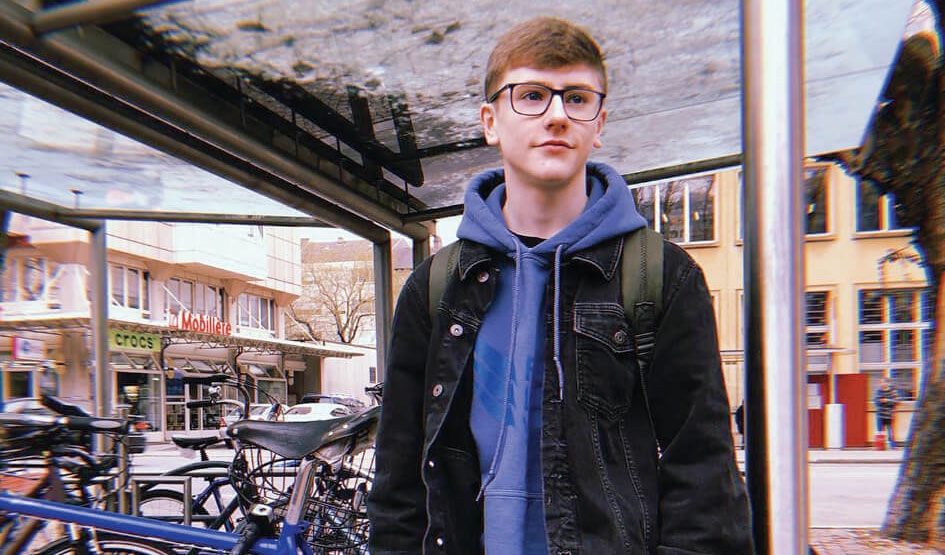 Making his mark for a spot on Ireland’s Got Talent

EIGHTEEN-year-old Shane Fox of Tallaght will be making his mark on the dance scene this weekend alongside LA Feeney of Rathfarnham, Paul Tyrrell of Dundrum, and the rest of the talented young dance crew, Fly Youth.

The group’s recent standout performance on Ireland’s Got Talent earned them a standing ovation as well as a spot in the live semi-finals taking place this Saturday on Virgin Media One.

Shane Fox is on Ireland's Got Talent this Saturday night.

The Fly Dance Studio is based in Glasnevin and was started by Kerrie Milne and her brother Zacc, who also appeared on Ireland’s Got Talent last season.

Shane Fox was first introduced to Kerrie Milne at the National Performing Arts School in Barrow Street where he got his start in dancing at age six, taking tap, street and hip-hop classes.

In the years since, Fox has been a part of numerous successful productions and dance teams.

At age 10 he earned a dance part in panto in the Tivoli and continued to do panto for a number of years until age 16.

When Fox was 15, he heard about the Fly Dance Studio that was opening in Smithfield and being run by his former teacher Kerrie Milne.

After taking a few dance classes at the studio Fox was hooked – he auditioned for the studios all boys’ dance crew and was selected along with six other dancers to be part of the new team known as Airborne.

Over the next few years Fox and the rest of the Airborne dance team saw great success as they went on to win numerous dance competitions around Ireland and England.

Upon relocating from Smithfield to Glasnevin, Zacc and Kerrie Milne joined two dance crews together to create Fly Youth, a group of 23 amazing young people whose passion on stage captivated audiences as well as judges two weeks ago in their audition for Ireland’s Got Talent.

The team’s success does not end with their impressive run on Ireland’s Got Talent.

They were invited to represent Ireland at the Invitation Only Dancers Paradise Competition in Mexico this May as the first dance crew from Ireland to be invited to compete.

Be sure to tune in to the Ireland’s Got Talent semi-finals this Saturday night at 7.30 and give Fly Youth your vote.