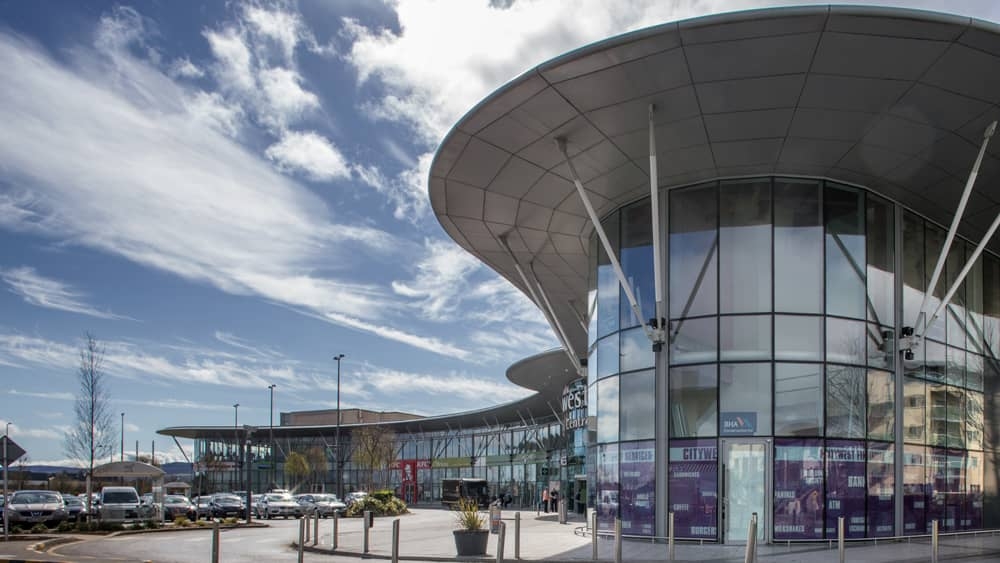 A man who drove at another man in a car-park, pinning him between two cars and breaking his leg, has been jailed for 12 months.

Alegranto Kongolo (25) and the victim had been engaged in “verbals” prior to him driving at the man as the other man attempted to get into his car.

The incidnet happened in the car park of Citywest Shopping Centre

Kongolo of Rossfield Park, Tallaght, pleaded guilty at Dublin Circuit Criminal Court to assault causing harm, endangerment, driving with no insurance and driving without a licence at Citywest Shopping Centre, Tallaght, on October 23, 2019.

He has 12 previous convictions, one of which was for possession of cannabis and the remaining 11 were for road traffic offences.

Garda William Garbutt told Fiona Crawford BL, prosecuting, that Kongolo and the victim knew each other from school and that there had been a falling out in relation to an ex-girlfriend and certain matters being put on Snapchat.

Garda Garbutt said Kongolo encountered the victim in the shopping centre and words were exchanged. In the car-park the victim was getting into his car when the accused man drove at him, but the victim was able to get out of the way.

An altercation ensued during which the accused got out of his car, but they soon backed off of each other. Kongolo got back in his car and “verbals” continued to be engaged in by the men, the garda said.

The victim was again getting into his car when Kongolo drove at him, causing him to be caught between the two cars. The victim sustained a broken left leg and was brought to hospital.

The court heard that the victim did not wish to make a victim impact report.

Garda Garbutt agreed with Conor William Burke BL, defending, that during the altercation the victim made threats that he was going to stab his client to death.

The garda agreed with counsel that his client has not come to garda attention since the incident. He agreed that the car belonged to Kongolo’s brother and there was no question of it being stolen.

Mr Burke said his client was due to leave the country on the date in question and was in the shopping centre trying to get money he was owed. Kongolo told gardai in interview that he did not get this money back and he was in a “bad mood”.

Counsel said his client was “deeply ashamed” and was apologetic for his actions.

He said his client was a man who did something “incredibly stupid” and is doing his best to put it behind him and move forward.

Judge Martin Nolan said it was a “very serious type of assault” when someone drives a vehicle at another person.

He said the person is using the vehicle “as a weapon” and when they do that “injuries are almost automatic and unavoidable”.

Judge Nolan said he did not think you can drive at someone with a car and injure them and without exceptional circumstances avoid a term of imprisonment.

He sentenced Kongolo to three years imprisonment, but suspended the final two years on strict conditions including that he follow all directions of the Probation Service for 18 months post release.

Judge Nolan also disqualified him from driving for three years.

NEWER POSTArrangements made to examine residents issues at the 30 acres
OLDER POSTLocal Voices 056: The Last Mayor of Tallaght | Bridie Sweeney