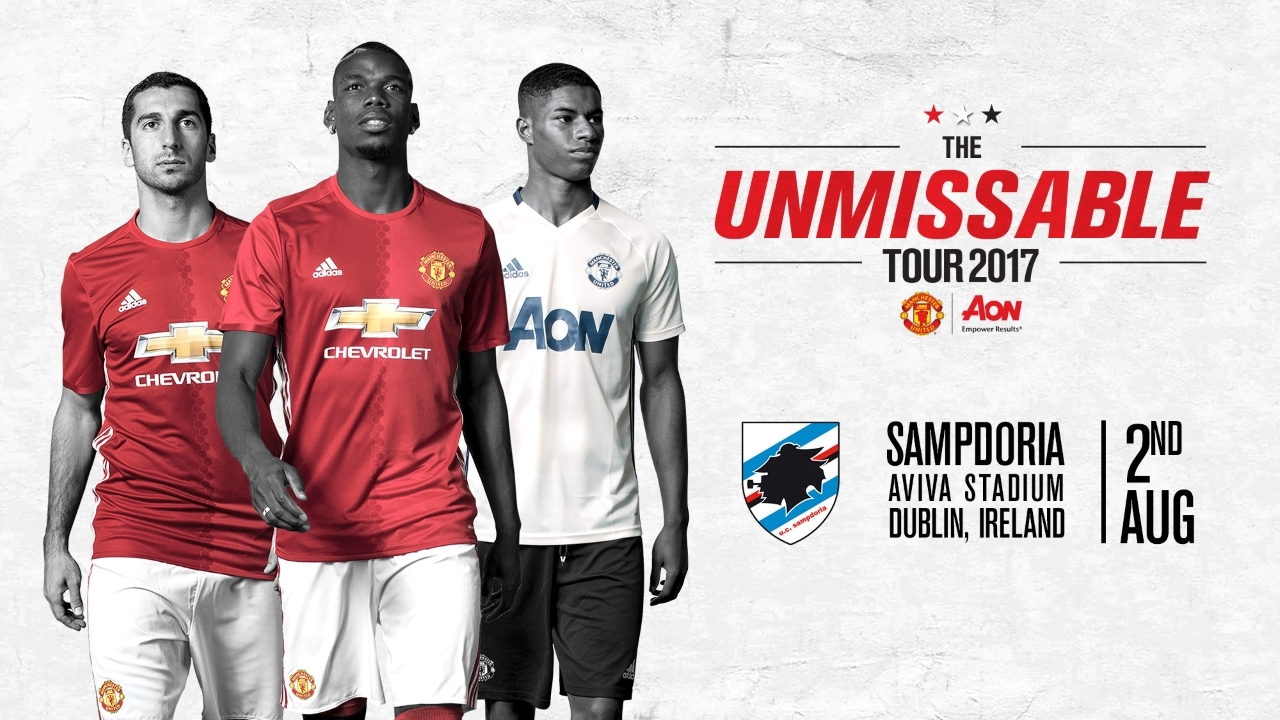 Manchester United to play Sampdoria in Dublin this summer

Manchester United will face Sampdoria at the Aviva Stadium on August 2 at 7:45pm, it has been revealed.

The game is the seventh pre-season friendly announced by the Red Devils, who will arrive in Dublin after having played five games in the United States and one match in Oslo against Valarenga.

While in the United States Jose’s men will face MLS opposition, while they will also play the first ever Manchester derby outside the UK.

They will also take on Spanish giants Real Madrid and Barcelona.

Tickets for the tie against Sampdoria in Dublin on August 2 will go on general sale this coming Thursday, May 25.