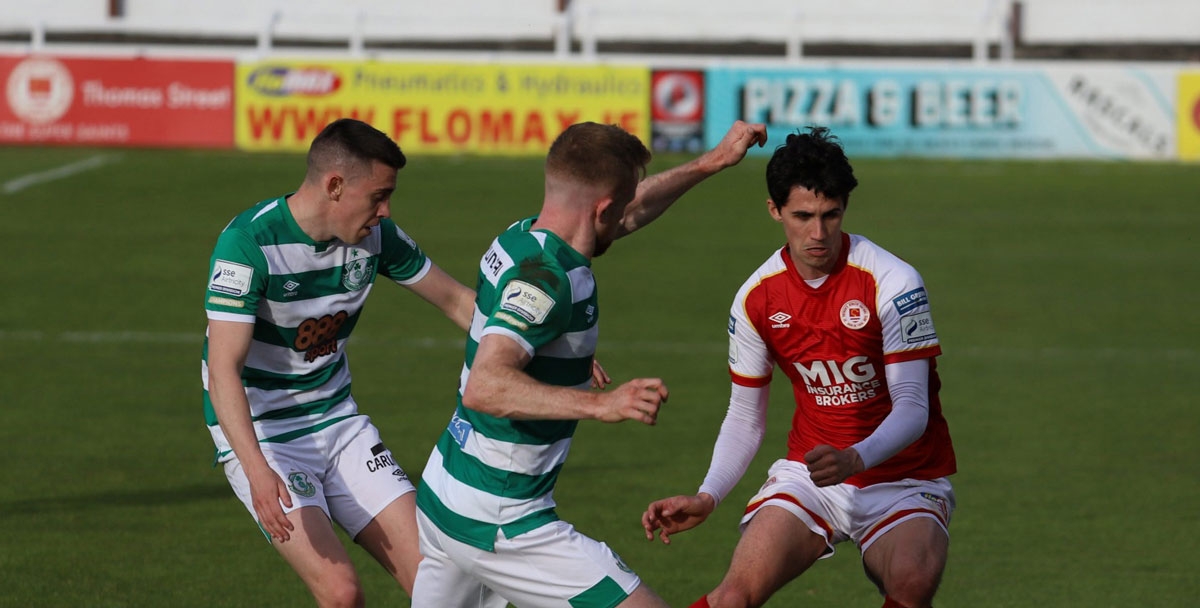 Danny Mandroiu was the hero for Shamrock Rovers at Richmond Park tonight as his late goal squeezed the champions past St Patrick’s Athletic in a top-of-the-table Premier Division clash.

The sides had looked set for a share of the spoils, following traded goals from Chris Forrester and Graham Burke in the opening half.

However, Rovers have produced plenty of late drama already in 2021 and Mandroiu fired home at a tight right-hand angle to send Rovers back to Tallaght in a buoyant mood.

This result puts them five points clear of Pat's at the summit of the table and further elevates their status as the team to beat in the League of Ireland top-flight.

While a draw with Sligo Rovers in the Showgrounds last Monday saw Pat’s losing grounds on the Hoops – convincing 3-0 winners over Waterford on the same day – Ian Bermingham’s equaliser in the north-west ensured spirits remained high within the camp.

Forrester has been in excellent form at the heart of the Saints midfield thus far this year and he opened the scoring for the hosts on the stroke of four minutes.

When the ball fell nicely for him inside the box, he fired a shot into the ground that Rovers netminder Alan Mannus couldn’t keep out.

When Pat’s broke the deadlock in Tallaght on the opening day of the season, Rovers immediately responded through Aaron Greene. They endured a longer wait on this occasion, but Burke nonetheless produced the goods on 41 minutes.

From a distance of 20 yards, he got the better of opposition custodian Vítězslav Jaroš to leave the teams on level terms at the break.

When Mandroiu was drafted in from Rovers’ arch rivals Bohemians in the off-season, it was with a view to filling the void left by the departed Jack Byrne.

He is really beginning to show his worth and after turning over the Pat’s defence, he displayed nerves of steel to steer an angled shot beyond the reach of Jaroš.