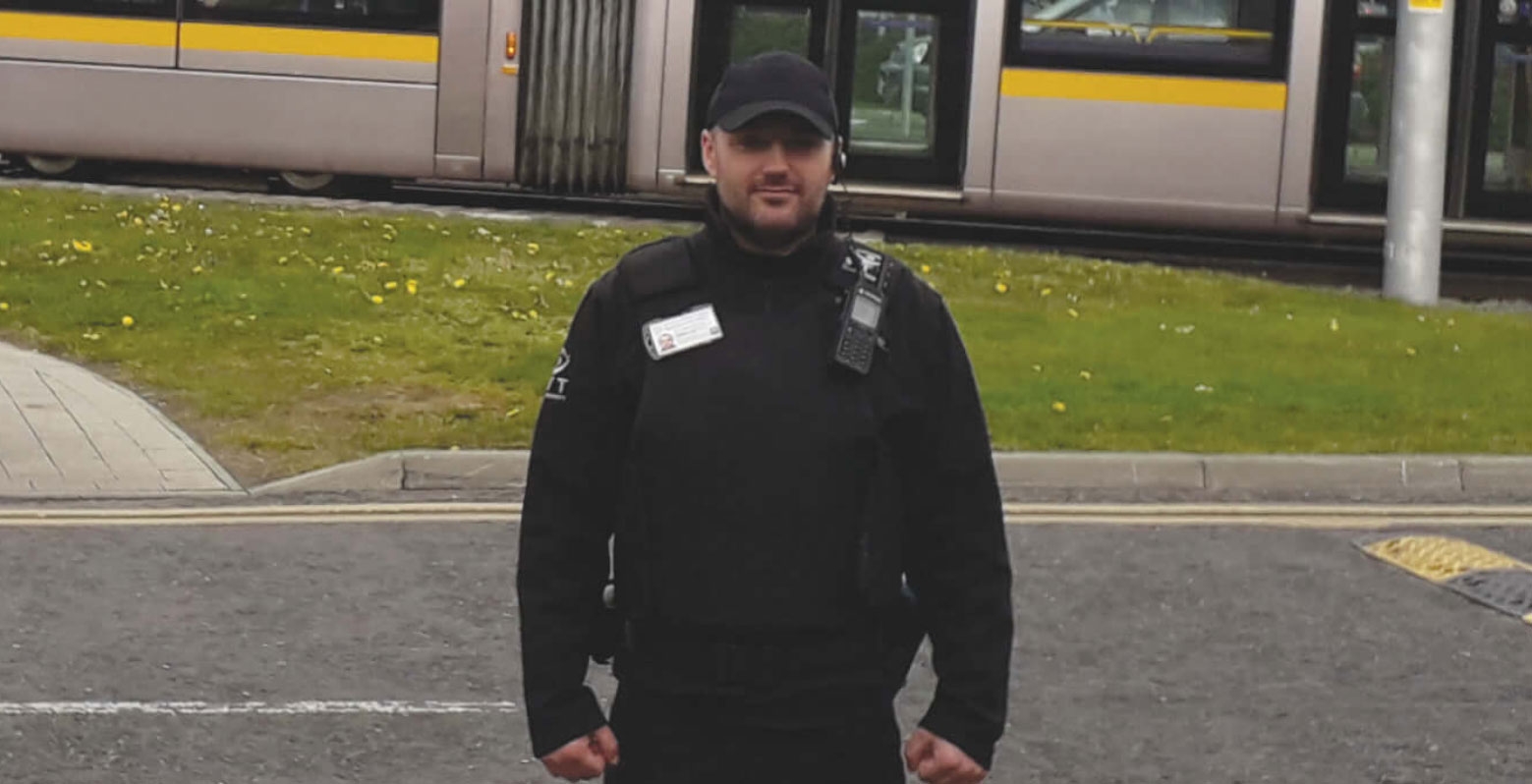 The Bawnogue resident finished his last marathon between Clondalkin and Sallins over the Easter weekend.

Mark Conlon is a security guard at Luas

Last year Conlon completed 33 marathons in 33 days for the Peter McVerry Trust but “wasn’t happy with only raising €3,000” and wanted to do more this year.

“I decided to go for ICHH as they are a non-government funded charity non-profit, and they save lives every night,” said Mark Conlon.

The Luas security guard and former Irish Army soldier, believes the homeless situation is getting worse.

“In the last year, I’ve noticed camp sites popping up at different locations around the city, even at the Red Cow roundabout and along the canal. I saw that type of thing in Chad in Africa, serving with the Irish Army, but to see it in 2019 in Ireland is a disgrace.”

One major thing Conlon would change if he could, is to provide safer accommodation for people in homeless hostels.

“If I was to find myself in this situation tomorrow, I could never stay there because of drug, drink use and intimidation,” he said.

“The need is for private rooms for couples and a lot more security. Anyone on drink and drugs should be separated and offered help with any addiction. All of this needs to be sorted by our lazy government. “They are not serving the Irish people like they are meant to. If they can’t sort this in the next year or two, they should ask the EU to pump the money into it and call an emergency.”

Conlon thanked his employer Transdev and local businesses for supporting the campaign.