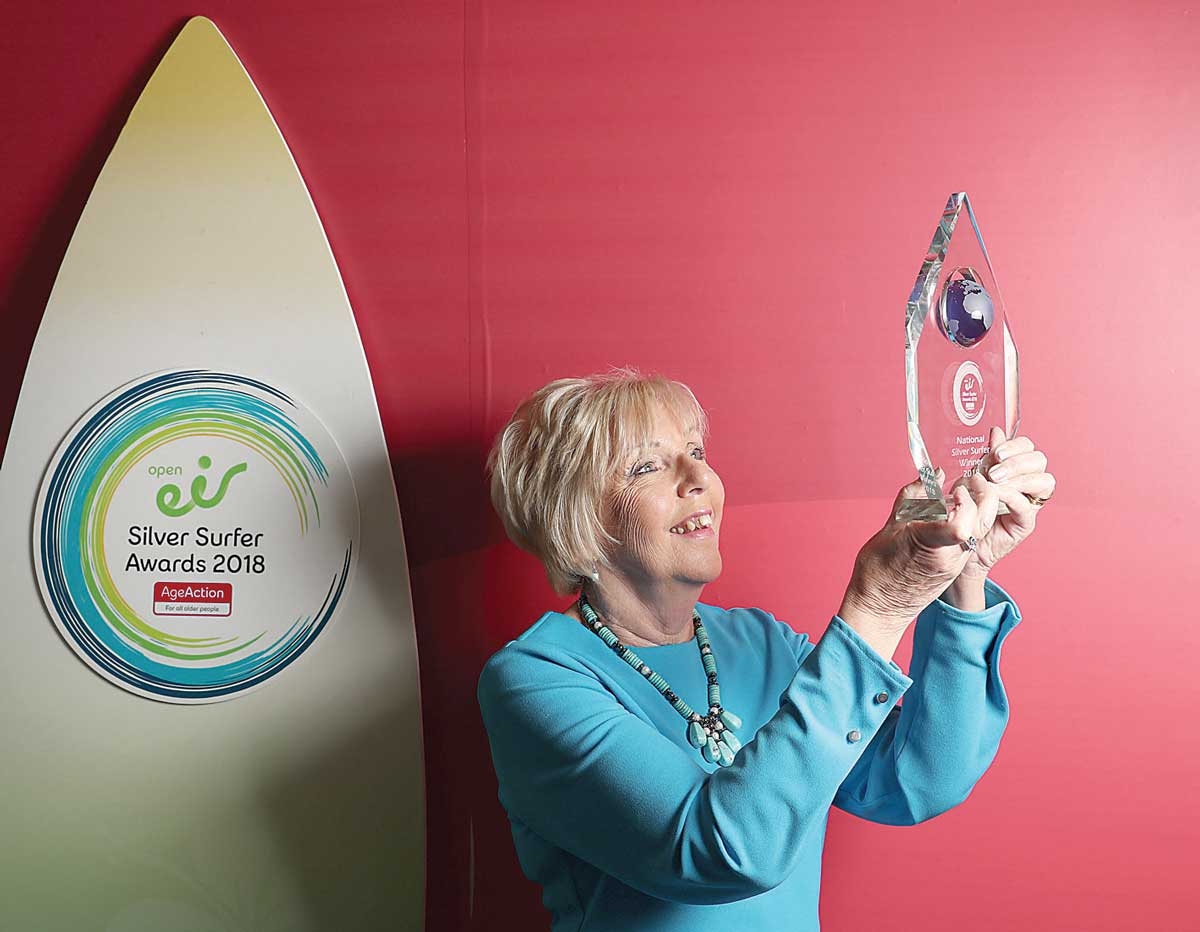 Now in its ninth year, the Awards recognise and reward the achievements of older people using technology and the Internet as well as the volunteers who teach these skills.

Margaret, from Tallaght, was presented with her award by well-known fashion designer, TV and radio personality Brendan Courtney from Kingswood.

The ceremony was officially opened by Minister of State at the Department of Health with special responsibility for Mental Health and Older People Jim Daly TD.

In addition to winning the overall award Margaret also picked up “The Hobbies on the Net” award.

She has a Facebook page which she uses for sharing ideas and knitting patterns and she also provides online tutorials. Margaret is also a keen Pinterest user – with almost 1,000 people following her.

On top of embracing technology to promote her chosen craft, she actively campaigns for survivors of mesh implant complications through the online support group “Mesh Survivors Ireland”, of which she is a co-founder.

The group has grown to 250 survivors and has provided help to those suffering through meetups and support groups. Margaret uses Facebook, Twitter and email to reach out to younger generations who represent their older parents online, and who are sufferers of mesh implant complications.

Because of her online campaigning, Minister Simon Harris has agreed to carry out an investigation on the matter.