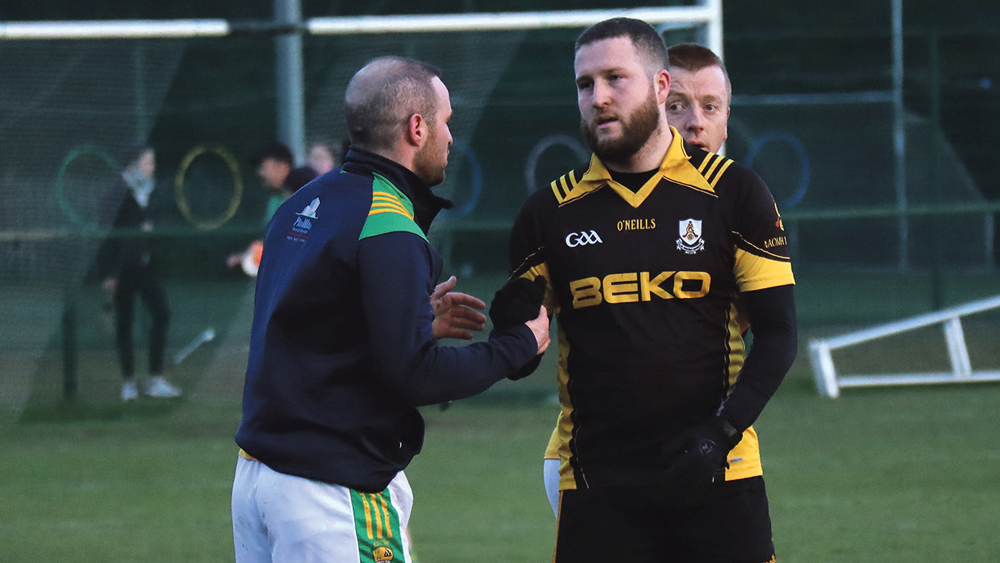 ST MARK’S march through the Leinster Championship was brought to a halt last Saturday at Monastery Road as they slipped to a 2-8 to 3-10 quarter-final loss at the hands of Castletown-Finea/Coole/Whitehall.

While Mark’s will be disappointed to exit the competition,  influential forward Patrick Murphy once again stepped up to the table to deliver for the Springfield club against the Westmeath outfit.

All throughout the championship campaign, it was the 35-year-old who drove St Mark’s on from his sweeping position.

Indeed, Murphy did not disappoint last Saturday, kicking 0-4 from frees and having a hand in a spathe of other scores as Mark’s chased the game.

Having conceded 1-1 off the bat, it was Murphy’s quick thinking that set David Glynn free to kick his side’s first point.

Mark O’Meara made an impact off the bench, guiding a couple of kicks between the posts but it did little to stop the onslaught of attacks from the Westmeath champions.

By the break, Castletown were 2-7 to 0-5 to the good after finding great success in playing through the lines.

After the break, Joey Cannon took the initiative to make long penetrating runs through the centre of the park that resulted in him bagging two near-identical goals.

However, the amalgamation club continued to pour on the pressure and after a significant amount of additional time, they seized victory to progress in the tournament.