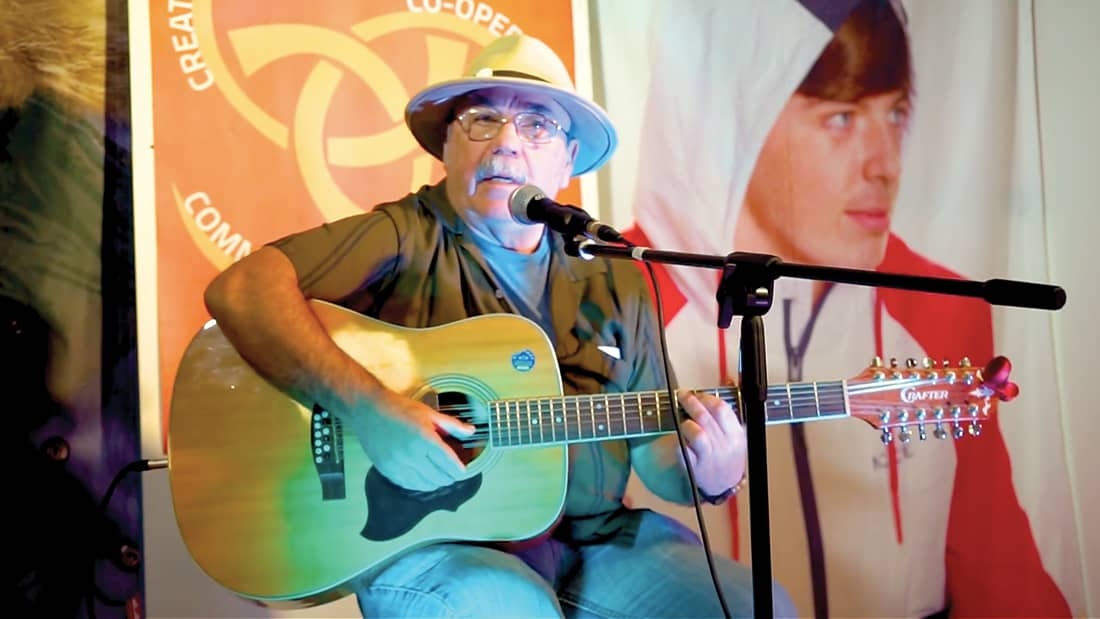 Martin’s Love For Music: Favourite place to play is the Villager Pub

M artin Healy has played thousands of gigs both in Ireland and abroad across his 40 years as a musician, but his favourite place to perform in is the The Villager Pub in Chapelizod.

He has been playing gigs there for the past 16 years, but had to stop when the pandemic took hold last March. Martin reflected on his varied experiences as a musician when he spoke to The Echo this week.

Martin, 70, who grew up in Bluebell, moved to Ballyfermot in 1973 and is a proud member of the community, which has been a hub of creativity and support for many years, through numerous initiatives such as the Ballyer Trad Hub and the Ballyfermot Arts Festival.

“The community here is a community that would support anything, and I mean that in a good way,” explained Martin.

“At the end of the day, Ballyfermot still is, and probably always will be, a working class community, so they’ll always support each other.

“I think a lot of the people who moved here came from deprived areas of the inner city, and areas like Ballyfermot, Drimnagh, Crumlin and Cabra sprung up at the same time, because [the government realised] living in tenements wasn’t conducive to a long life.

“So you had these huge communities of people who moved to these areas together and who looked out for each other. There was a lot of camaraderie and friendship then, and that’s still there.”

Before becoming a part of Ballyfermot’s community of creatives, Martin started dabbling in singing and playing guitar at age 30. He was encouraged by his workmates in the post department of Aer Lingus, after they heard him sing.

“I was working at the airport at the time, and I hung around with a few guys I worked with who played music,” he remembered.

“They said I’d a good voice for ballads and that I should learn guitar. One of the guys gave me a loan of his guitar and a piece of paper with four chords on it – and I still have that piece of paper 40 years later.

“I taught myself guitar, and the first song I learned was ‘Spancil Hill’ by The Dubliners. It felt like a whole new way of life – it was like winning the lottery but without the money!”

Martin and his Aer Lingus colleagues played all over the world for St Patrick’s Day, in places like the Caribbean and the US, for many years – but his favourite place to play in is The Villager in Chapelizod.

“It’s an old pub, it’s relaxing, and it’s full of old fellas like me!” he laughed.

A seasoned musician who now performs solo, and also as part of the Ballyer Trad Hub and the Martin Healy Trad Band, Martin favours performing uplifting covers of songs by musicians like The Eagles, John Denver and Neil Young.

With the live music scene having ground to a halt as a result of the pandemic, Martin has been busying himself by posting performances on the Martin Healy Trad Band Facebook page, and he explained how music has been of the utmost importance to him over the past 12 months.

“Particularly during the pandemic, I have had a few dark days, like a lot of people,” he said.

“You feel it in the morning, there’s days where you just don’t want to get out of bed. On those days, I’d go downstairs to the parlour and listen to and play music for hours, nonstop, and then I’d snap out of it.”

He added: “I just love it. I can’t get enough of music. Music can help anyone – it’s even better than medicine. I’ll play music until the day I die.”