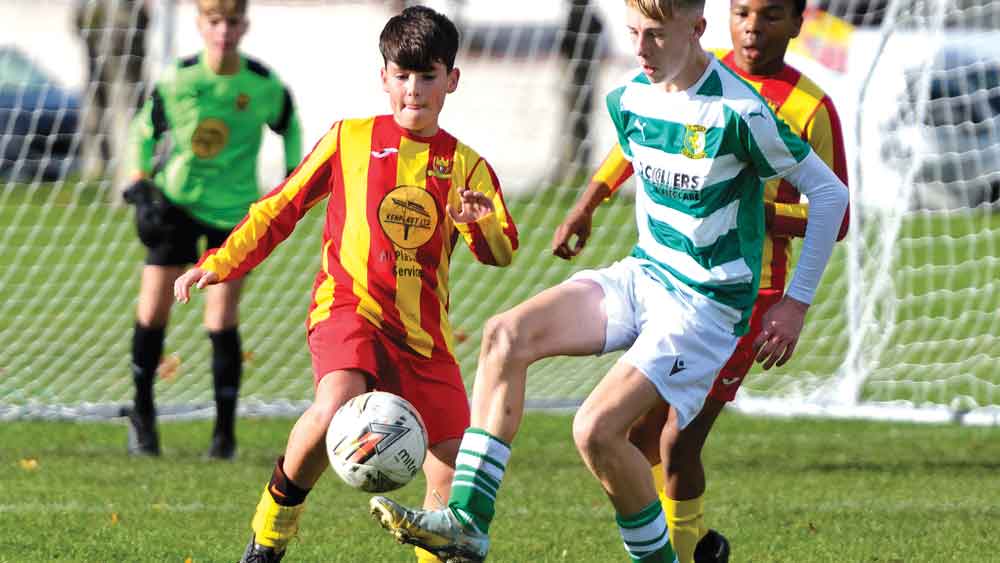 Ben Thomas of St Francis gets to the ball ahead of Cian Hoey of Kilnamanagh (Photos: Paddy Barrett)

Match of the Week: St Francis secure points in Tallaght

THE first goal came in the 50th minute, when Kilnamanagh man Dylan O’Malley passed back to goalkeeper Glenn Mahon, before O’Neil followed into challenge Mahon and knock the ball into the back of the net to put his side ahead, reports Eoghan Gardiner.

Although it had taken a while for St Francis to get into the swing of things, good things came in pairs for the Baldonnell side.

Only seven minutes after scoring, O’Neil linked up with teammate Charlie Madden who, having been afforded a degree of space by the Kilnamanagh defensive line on the edge of the box, placed his shot just under the crossbar, leaving the goalkeeper with little chance of repelling his effort.

Matthew McCormick had an opportunity to put St. Francis ahead early on in the game, when he took on goalkeeper Mahon in a one-on-one situation in the fourth minute, only for the Kilnamanagh shotstopper to impressively parry his attempt away.

Although McCormick did manage to get another shot off on the rebound, Darragh Walsh had made sure he was ready to make a goal line clearance, keeping his side from conceding. 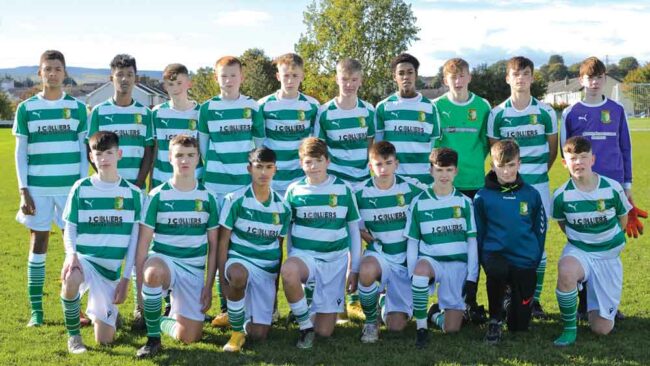 Four minutes prior the first goal, O’Neil put a shot just over the crossbar from close range after striking the ball with a light volley.

This followed protests from the Kilnamanagh line that the throw-in leading to the chance had been wrongly awarded to St. Francis. 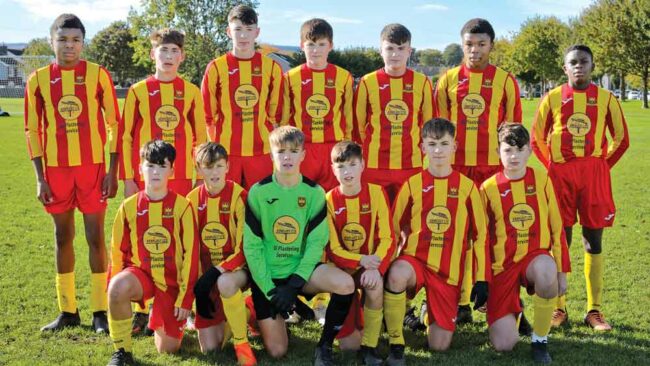 In the final minutes of the game, the pairing of O’Neil and Madden almost increased the lead to three, when O’Neil skilfully flicked the ball on to play his teammate into the box.

On this occasion, goalkeeper Mahon came out on top, coming out to claim the ball before Madden could regain possession to make the most of the play.

On one of the many occasions that strong winds played a role in proceedings, Kilnamanagh’s Ultan O’Neill sent the ball down the wing for Jnr Sahk Joseph to chase down but, unfortunately for the home side, St. Francis goalkeeper Alan Horan only had to see the ball out of play, no doubt helped in part by the breeze. 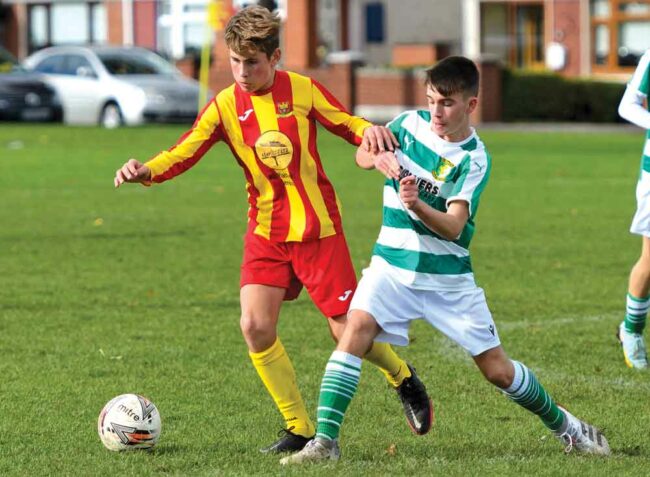 Similarly, when Darragh Murphy was awaiting a pass which would have given him an opportunity to run with the ball as Kilnamanagh forged a counter-attack, the wind appeared to change the direction of the ball as he ran to receive it, forcing him to turn back in an effort to retain possession for his side.

With five minutes remaining, a shot from distance from Saints man Eoin Murphy forced goalkeeper Mahon to cover his angles.

In the goal kick that followed, McCormick almost scored for his side as a short kick out went wrong. However, Mahon managed to push away McCormick’s first attempt, while his second went just wide of the left post.