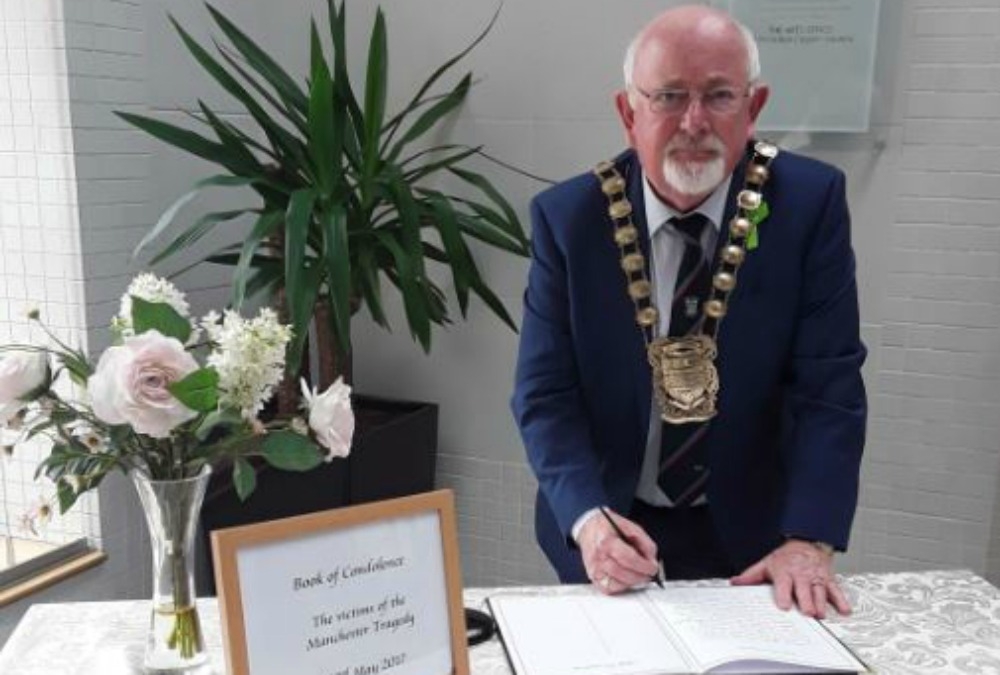 A book of condolence has been opened at County Hall in Tallaght for the victims of the Manchester attack.

Mayor of South County Dublin Guss O’Connell opened the book today and it will remain open until 4:30pm on Friday afternoon.

Speaking today Mayor O’Connell said: “On behalf of the elected members, the management and staff of South Dublin County Council, on my own behalf as Mayor and on behalf of all the people of this county, I extend my deepest sympathy and condolences to the families, relatives and friends of all those who lost their lives, were injured or were affected in any way by the terrible and mindless attack on innocent civilians at the Manchester Arena.

“Our thoughts and prayers are with you all, not only at this very traumatic time, but also over the extended period it takes to come to terms with such a devastating event that targeted some of the youngest and most vulnerable from so many communities.”