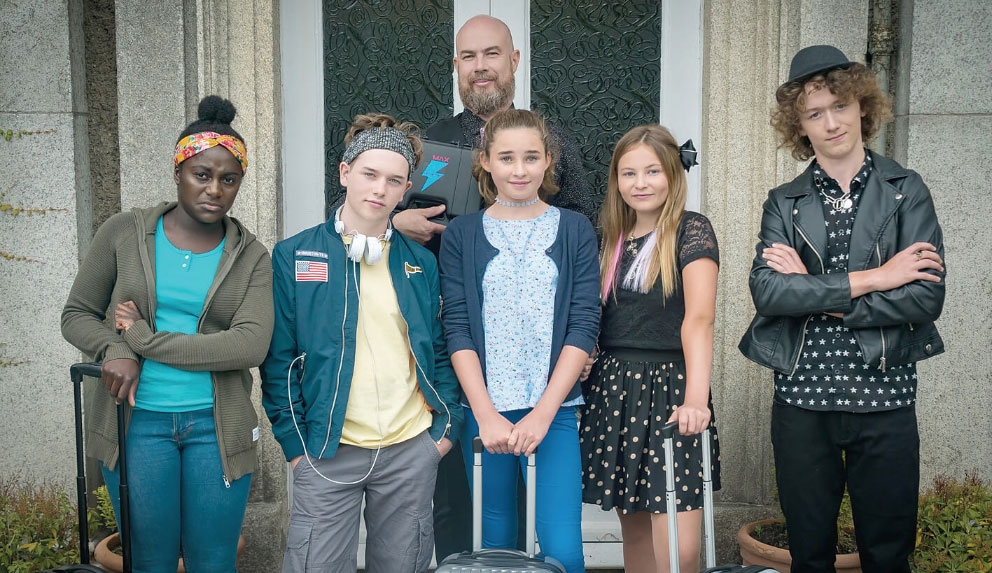 Emmanuella Addo from Old Bawn in Tallaght has landed a major part with Tailored Films in the hit TV series Mini Moguls.

Emmanuella has appeared in four musicals in the local Civic Theatre, one musical in the Helix Theatre with Phoenix Performing Arts College, she completed her junior cert at Sancta Maria College Rathfarnham and is a member of a local Kingswood Stage School.

Mini Moguls is about five teens competing for one million euro and the chance to become Max Mogul’s right hand man, but something sinister is lurking behind the scenes at Mogul Manor.

Who is Max Mogul and what does he really want?

The series is a light hearted mystery that revolved around the theme of how people choose to present themselves on the internet and the impact that has on their identity.

Emmanuella plays the part of Una in the series, Una is a shy tech savvy internet influencer who was chosen to compete with four other influencers for a coveted position with Max Mogul and a cash prize of a million euro.