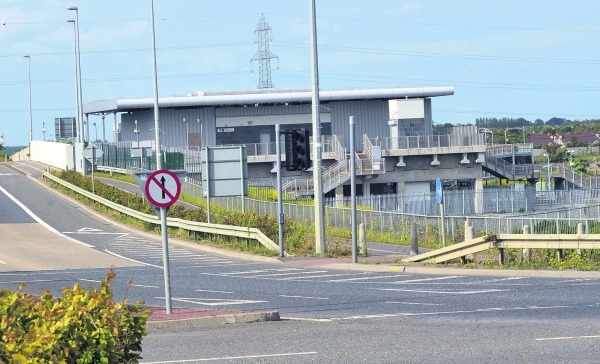 THE NEW Minister for Transport, Shane Ross, has been challenged by a local councillor to open the multi-million ‘ghost station’ at Kishogue in Lucan.

Councillor William Lavelle has said that the station should be opened to tie in with the planned reopening of the Phoenix Park rail tunnel.

The reopening of Phoenix Park tunnel will allow trains from the Kildare line, including Lucan and Adamstown, to travel via Glasnevin junction to the Connolly, Pearse and Grand Canal Dock stations.

Cllr Lavelle has tabled a motion for next week’s meeting of the South Dublin County Council Lucan Area Committee calling for Minister Ross to open the station.

Both Irish Rail and the National Transport Authority have claimed that funding is necessary for works to complete an access road and car-park.

Cllr Lavelle told The Echo: “I am calling on Minister Ross to release the funding to complete the works to the access road and car-park. Lucan is crippled by traffic congestion.

“It is therefore incredible, indeed scandalous, to think that this station, which is widely reported to have cost €6.35 million to build, continues to lie idle for nearly seven years, despite being located within a short walking distance of multiple Lucan housing estates, including Foxborough, Moy Glas & Griffeen Glen”.

He has established an online petition calling for the station to be opened.