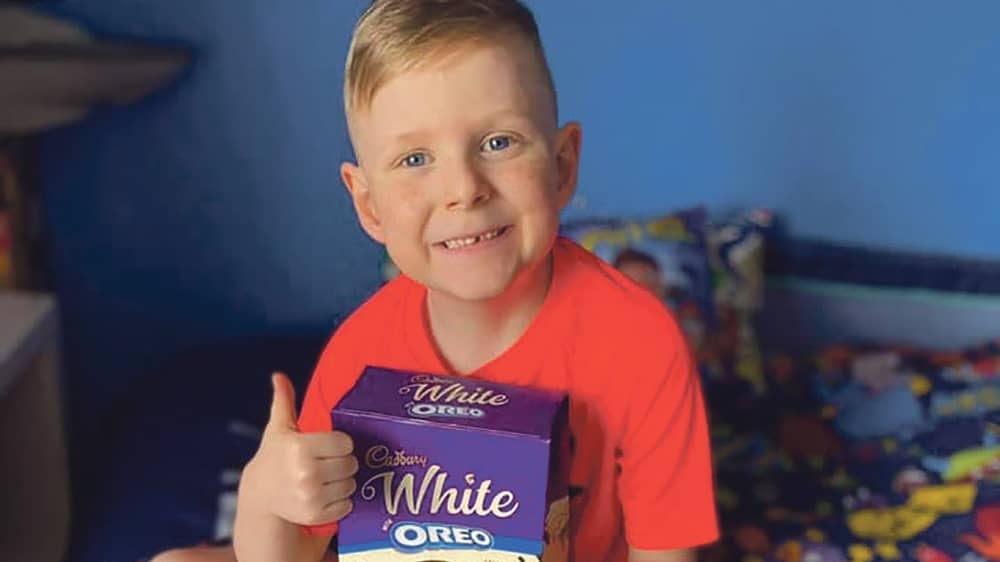 A FUNDRAISER to help a seven-year-old boy get life-saving heart surgery in the UK has been set up.

“Miracle child” Alex Conway from Ballyfermot was born with myocardial infarction, which is also known as congestive heart failure.

Alex and his late twin brother Kyron were affected by twin-to-twin transfusion syndrome (TTTS) which is a rare pregnancy condition that affects identical twins or other multiples in which they share one placenta and blood vessels.

Surgery to correct the blood sharing imbalance caused by TTTS was performed while the twins were both still in the womb, known as endoscopic laser ablation, but was unfortunately unsuccessful.

Alex’s mother Karen went into premature labour 13 weeks before her due date and sadly Kyron had already passed away.

Alex was born very sick and premature, weighing in at only 2lbs 3ozs and he was rushed straight to ICU.

While in ICU, little Alex suffered three heart attacks and the family was told to prepare themselves for the worst.

Alex proved to be a fighter and against all odds, recovered enough to be allowed home.

Alex is now seven and has endured a lot of difficulties and setbacks in his short life spending long periods of time in hospital.

He is on heart medication and his breathing and digestion are affected due to his heart condition.

Although he has shown such strength and resilience throughout his life, unfortunately Alex’s heart is no longer able to sustain him and he is in heart failure.

Alex’s parent’s Karen and Andy will travel with Alex to Great Ormond Street Hospital in the UK in the months ahead to fix Alex’s mitral valve, which is considered a ‘temporary fix’.

In hopes to raise funding to help the family cover the expenses while in the UK, a GoFundMe page has been set up which  has raised over €26,000 – at the time of going to print.

Alex’s dad Andy said that the support so far has been “overwhelming”.

“From the start, we knew from birth that it was coming, but we didn’t know it was coming this quickly and it was kind of thrown at us at the start of the year – basically ‘prepare yourselves, you’re going to Ormond Street, Alex needs to go for surgery on the heart’.

“Her [Karen’s] brother set up the GoFundMe and he has put a lot of work into the fundraising end of things, he has a lot more time.

“I am working full-time, and I am constantly on the go, so I wouldn’t have time to sit down and go through things and reply back to people.

“The same as herself, we have Alex at home who needs her care as well as our 17-month-old baby girl -Amelia – for Karen to be looking after it, it wouldn’t be suitable either, so her brother looked after it and in the first week the response was unbelievable, very very overwhelming, we raised over €25,000 on the GoFundMe page in one week.”

The family have had amazing support from donations to the GoFundMe page, and two fundraisers are taking place on Saturday, April 24 to raise more money.

“We have a fundraiser on Saturday, a 42km cycle with plenty of participants and it will abide by the social distancing rules.

“The meeting point will be at Kelly’s pub in Inchicore and there is also a 7km walk being held – a kilometre for every year of Alex’s life.”

The walk will take place in the Phoenix Park this Saturday April 24 at 12 O’clock.

If you wish to donate to Alex and his family, please click HERE: GoFundMe or for more information and to follow Alex’s story you can go to: AlexsArmy